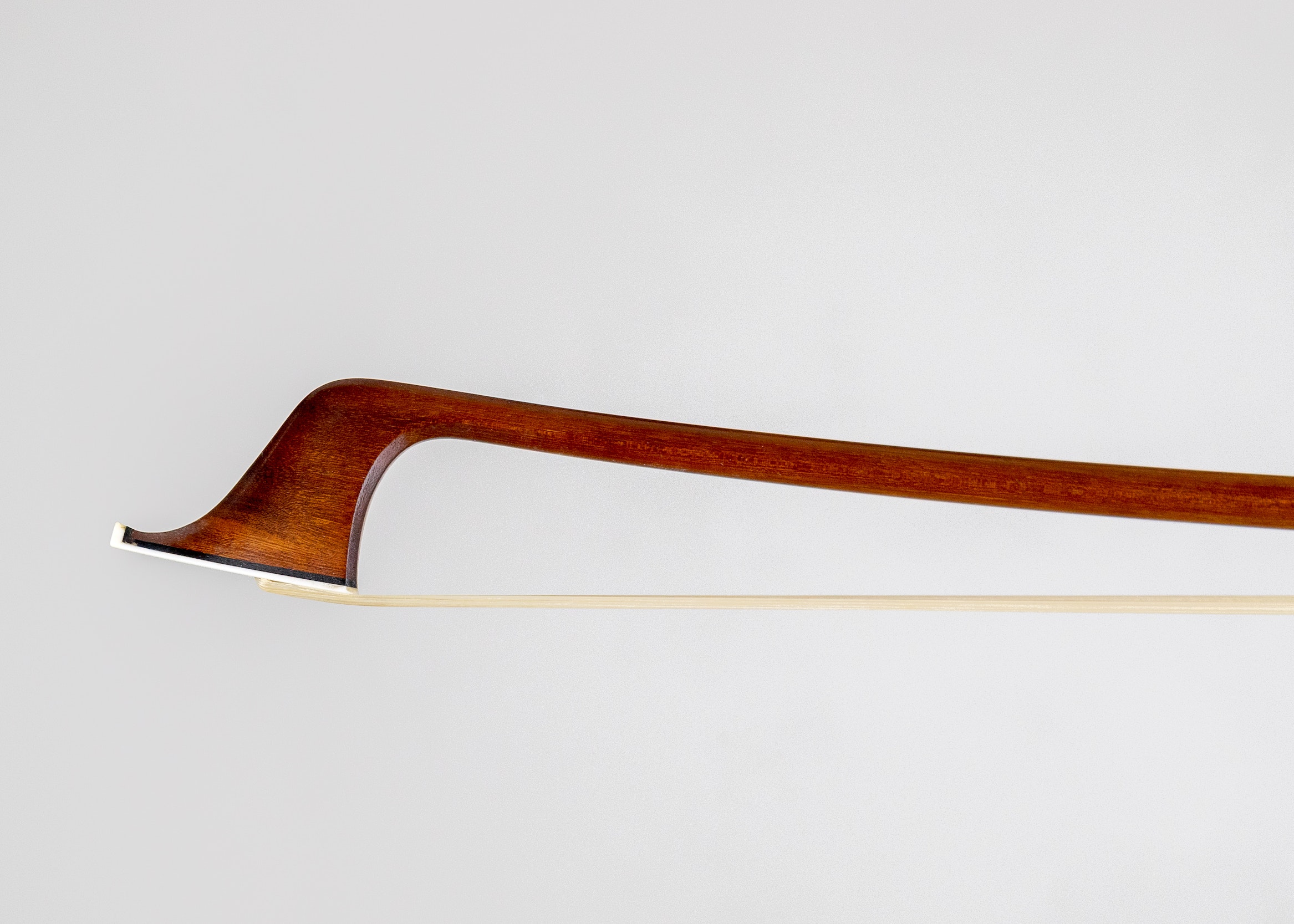 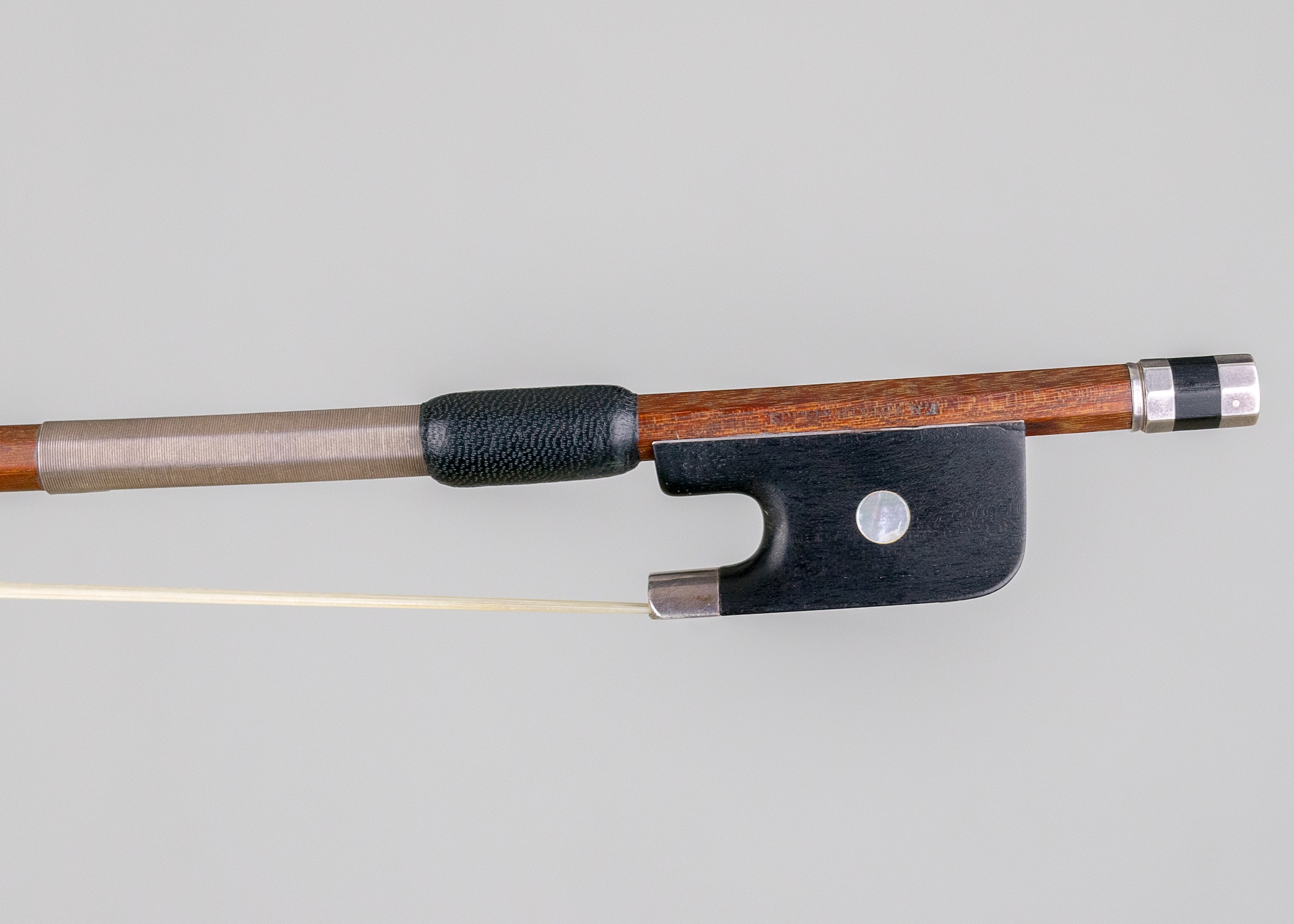 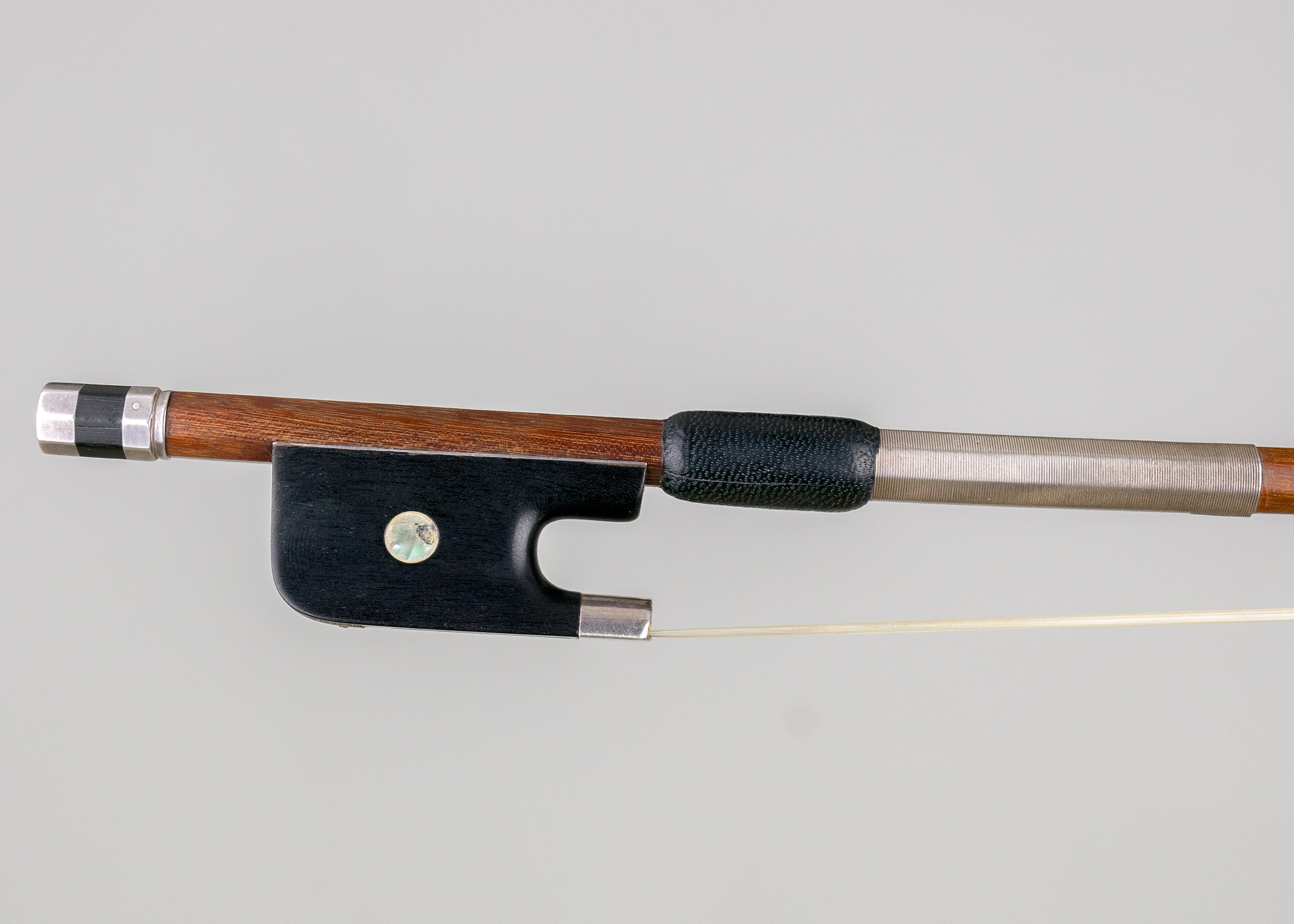 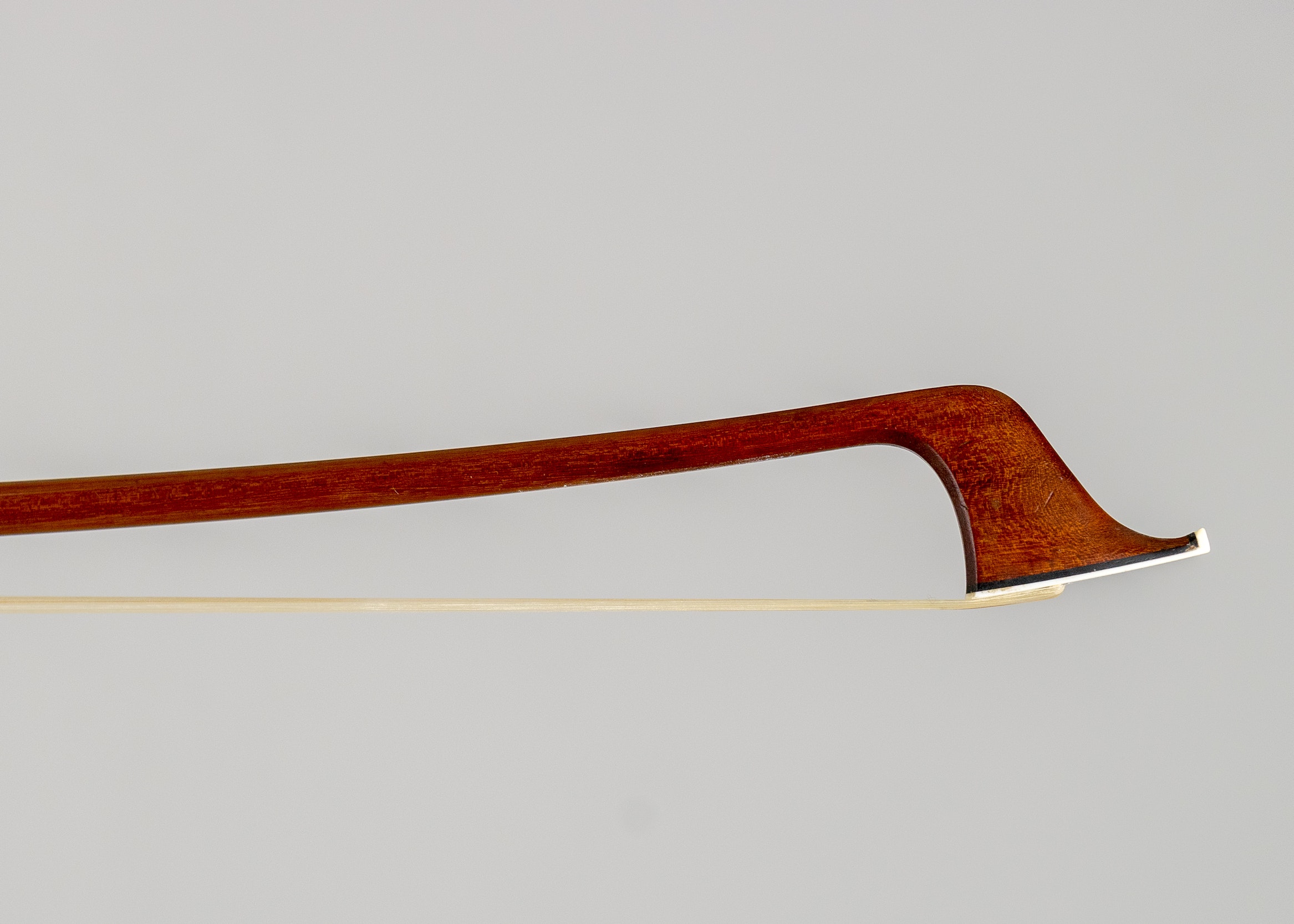 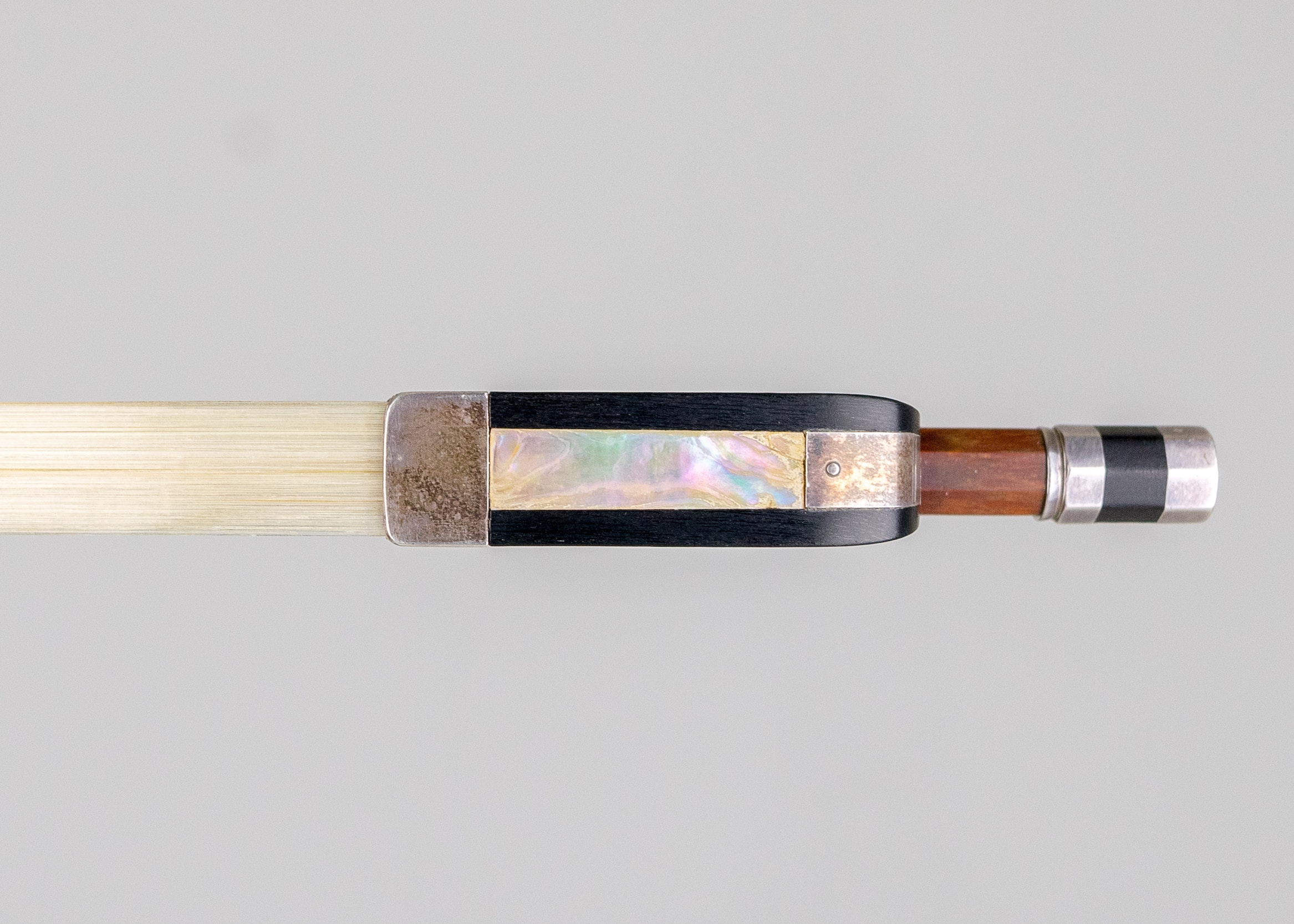 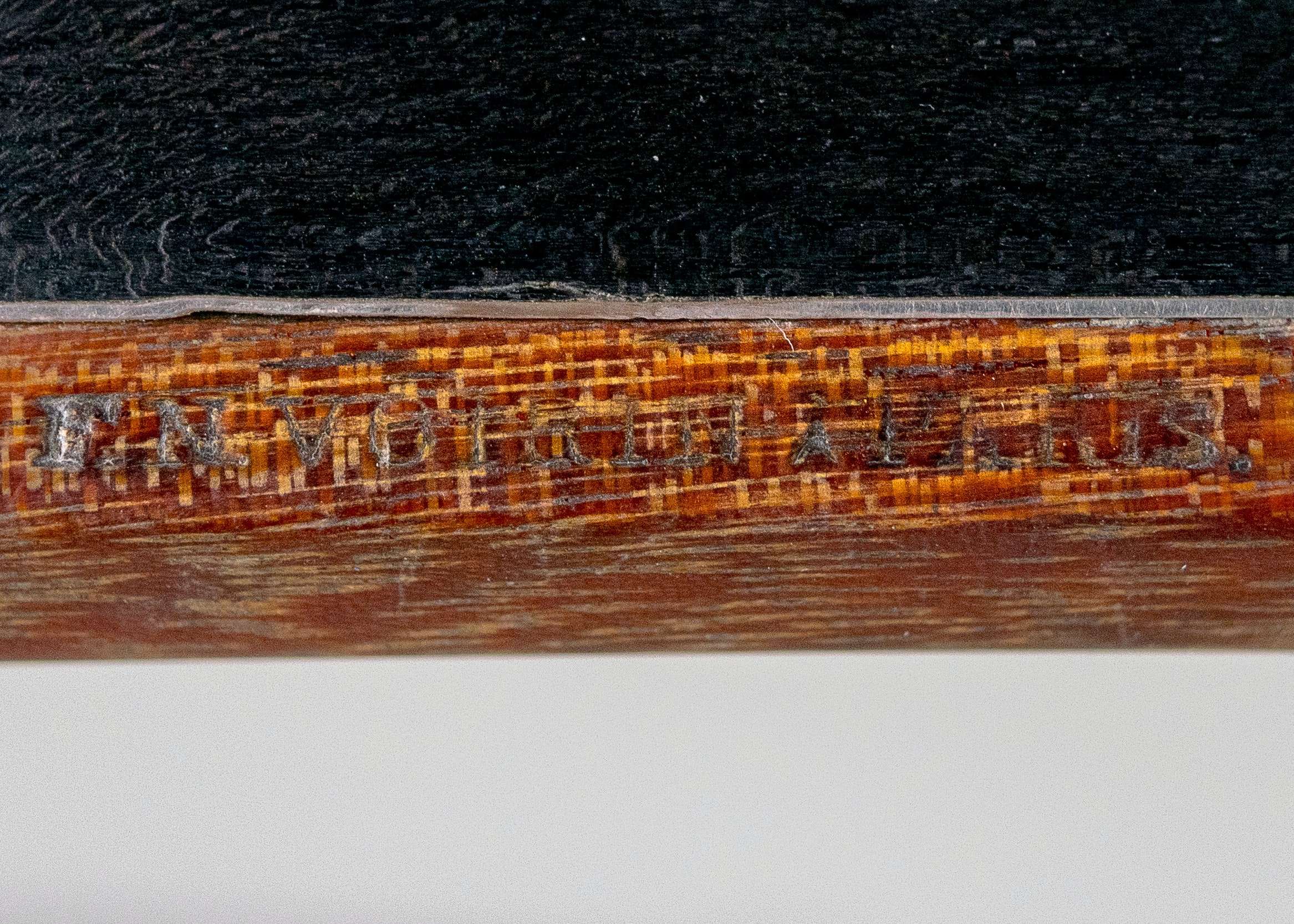 Round stick, made of rich orange-coloured pernambuco.The bow is in very good condition, and comes with a certificate from Bernard Millant.
Born 1833, Mirecourt, began an apprenticeship in his hometown aged 12. 10 years later, he travelled to Paris where he joined his cousin's workshop; the cousin in question was none other than Jean Baptiste Vuillaume.

He worked with Vuillaume for 15 years, their relationship tested by their creative personalities often clashing. In spite of their differences, Voirin adopted a lot of the design principles of the Vuillaume workshop and later became Vuillaume's Director of Bow Making. J.B.V. clearly respected Voirin's work as he would regularly show it off, going so far as to request that Voirin install a micro-photo of him between semi-transparent mother-of-pearl lenses in the frog. 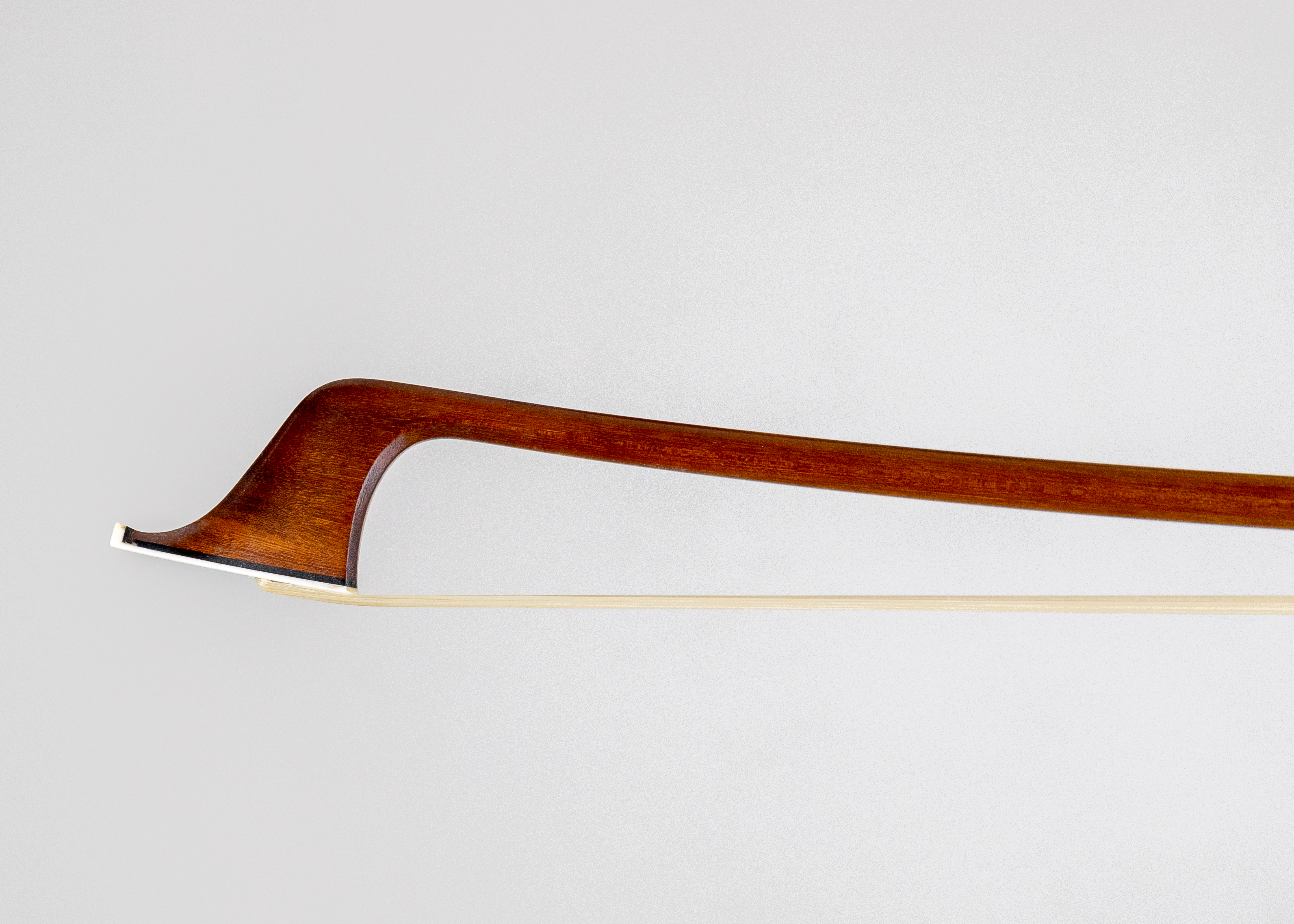 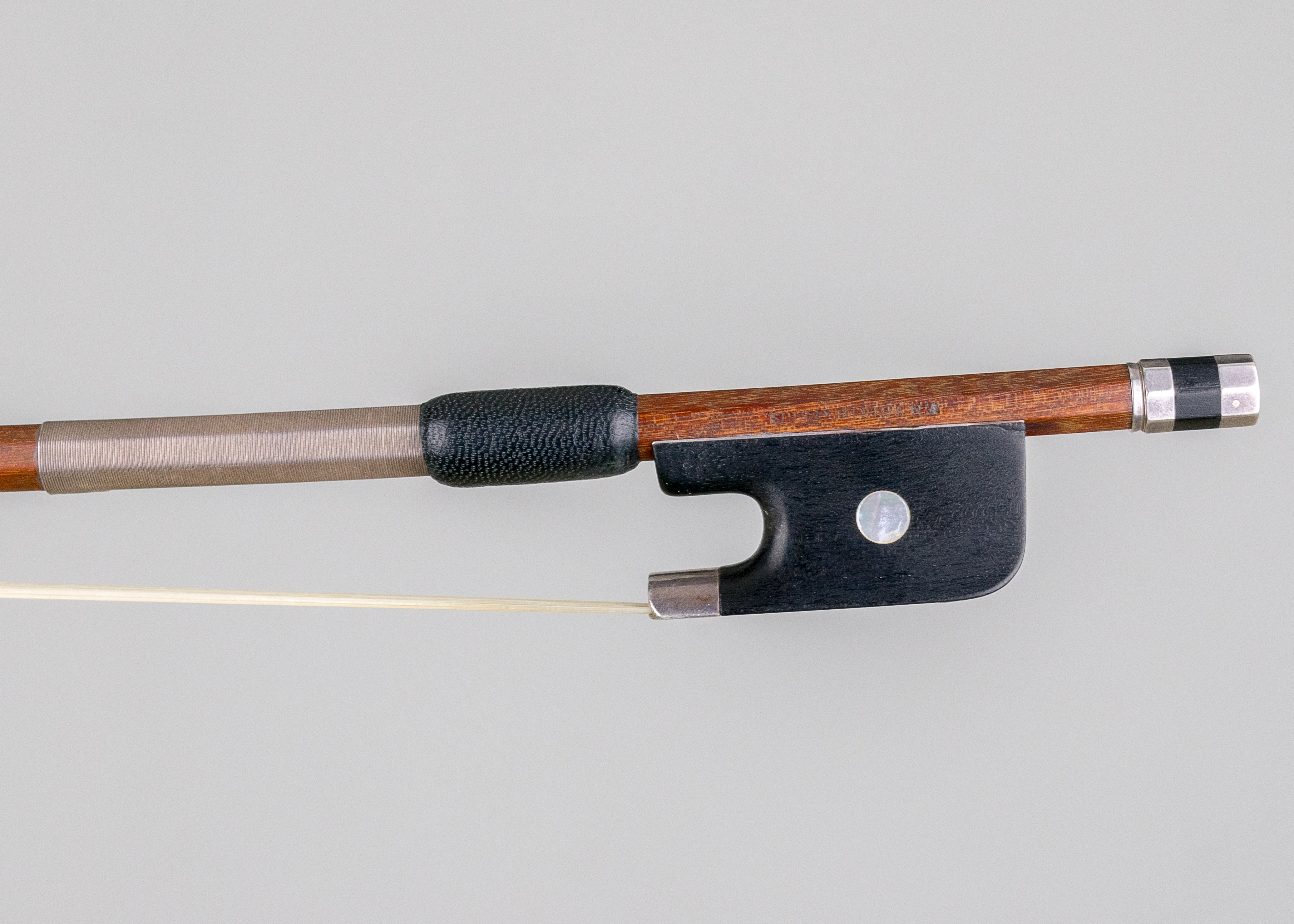 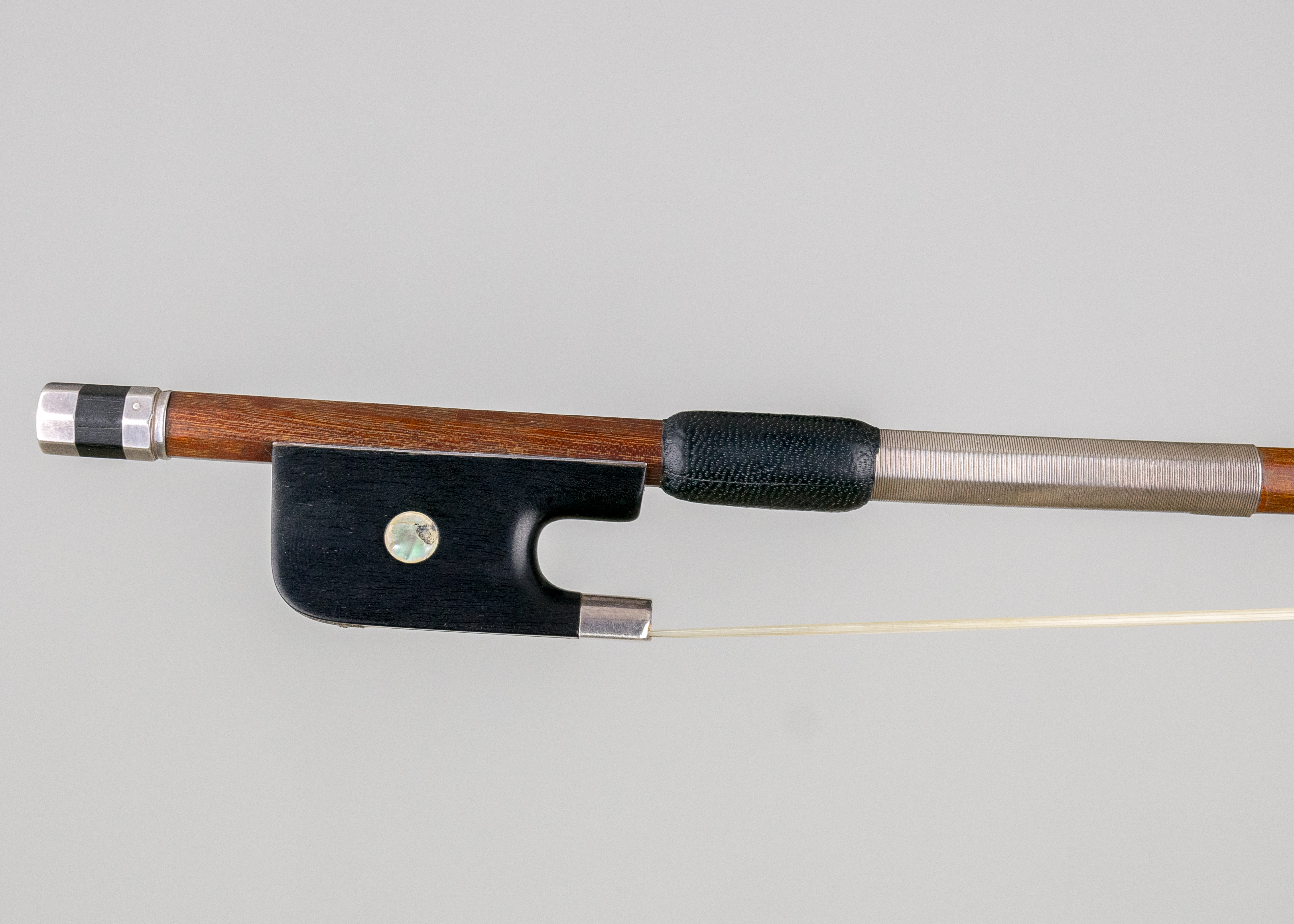 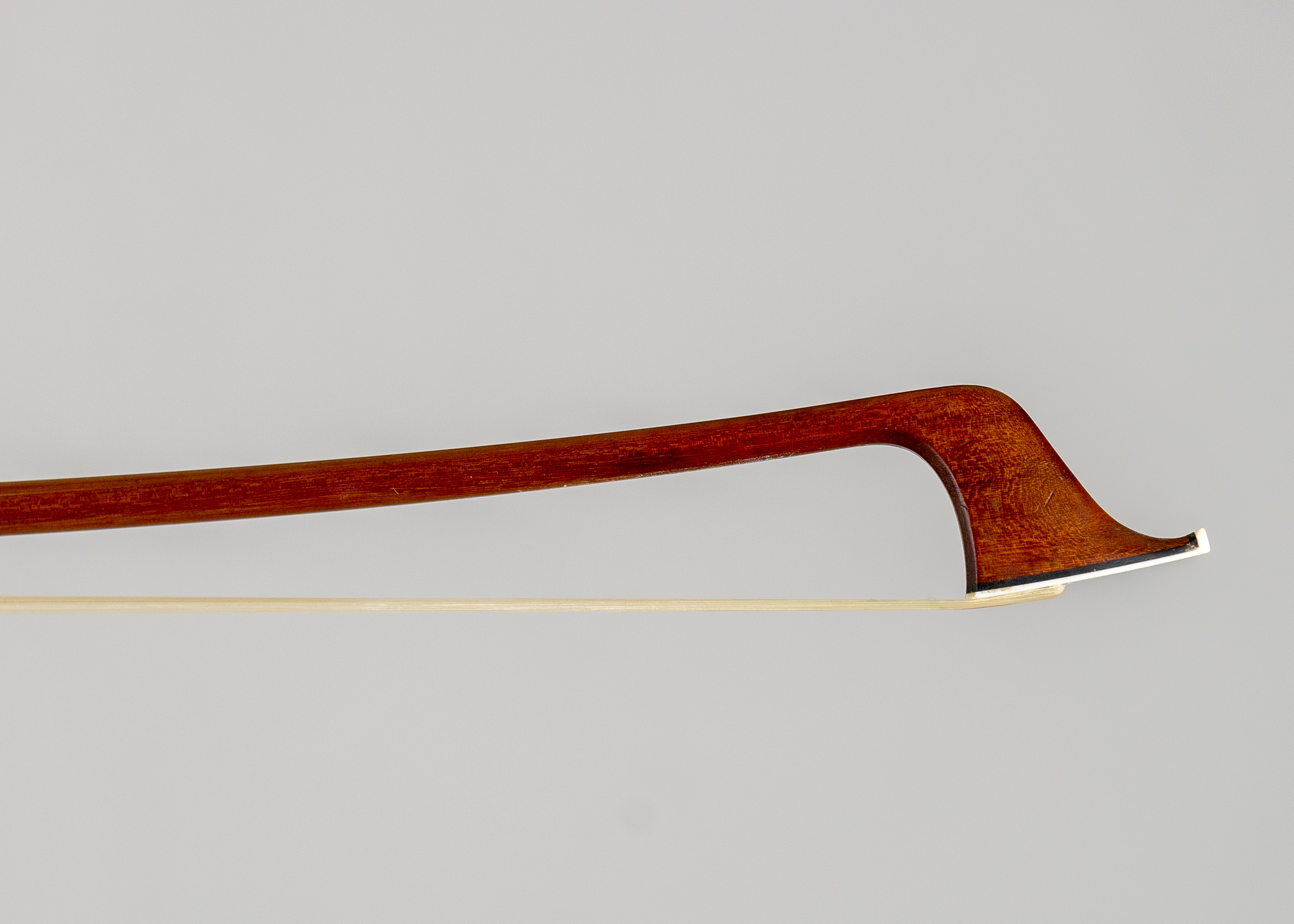 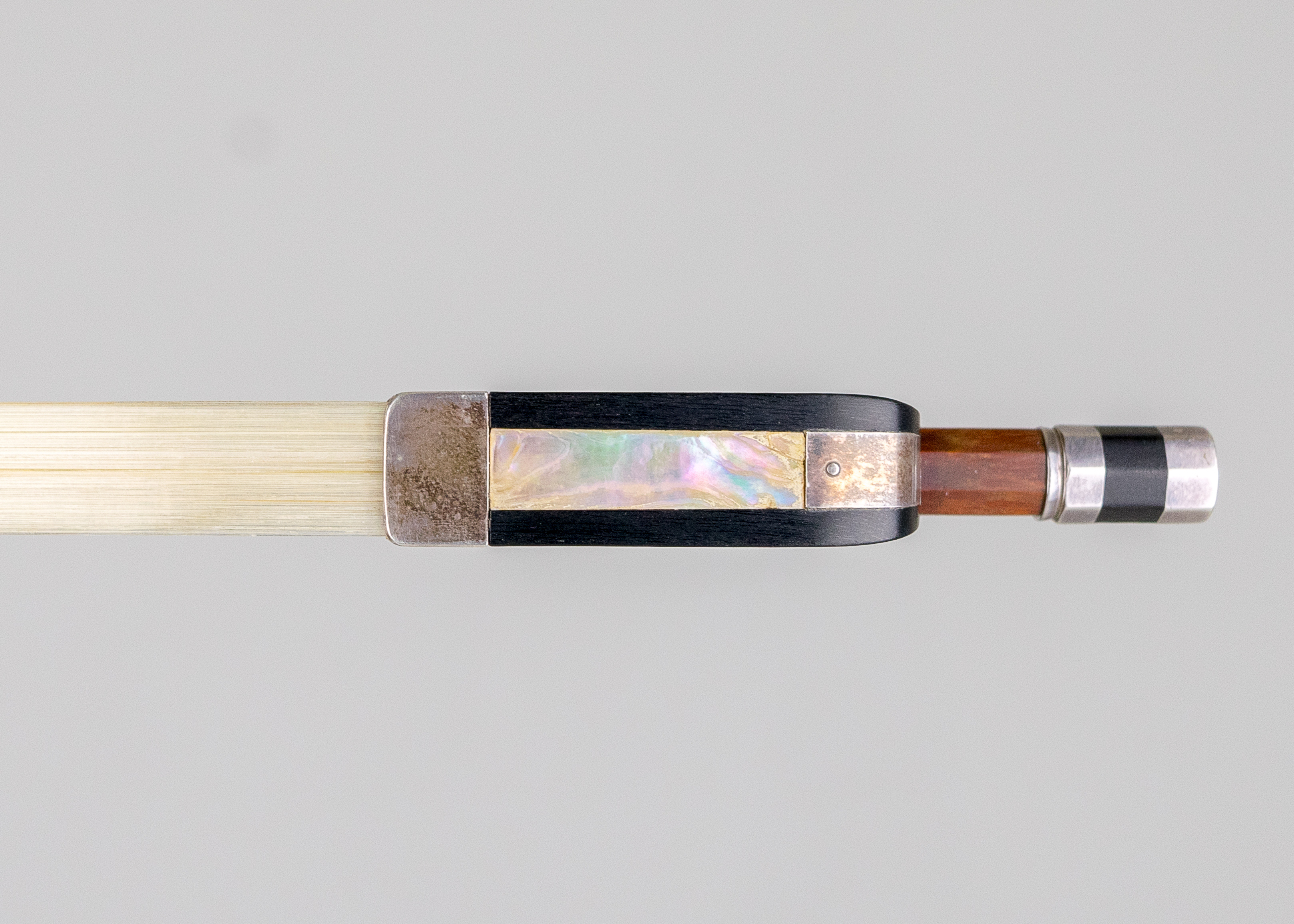 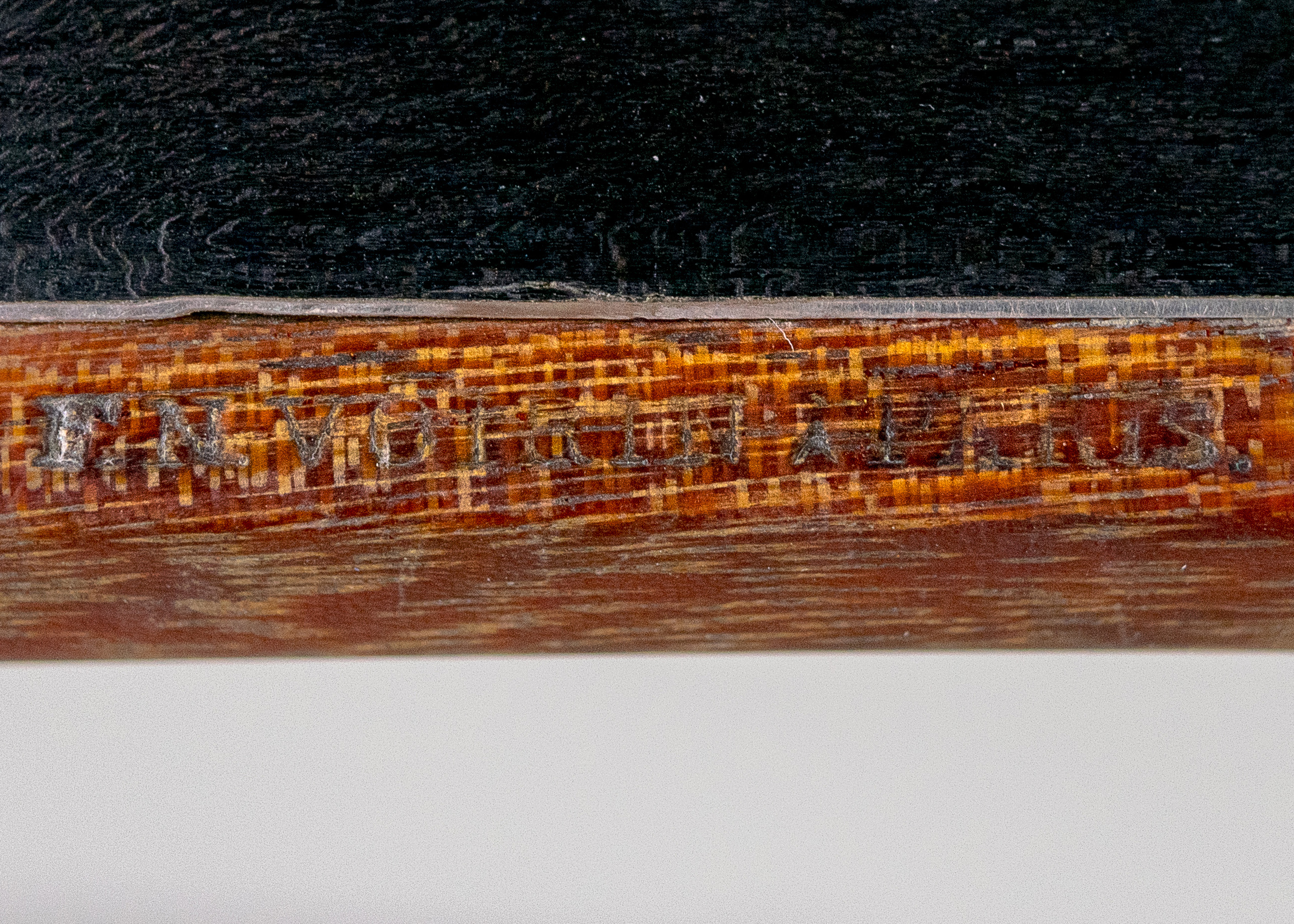