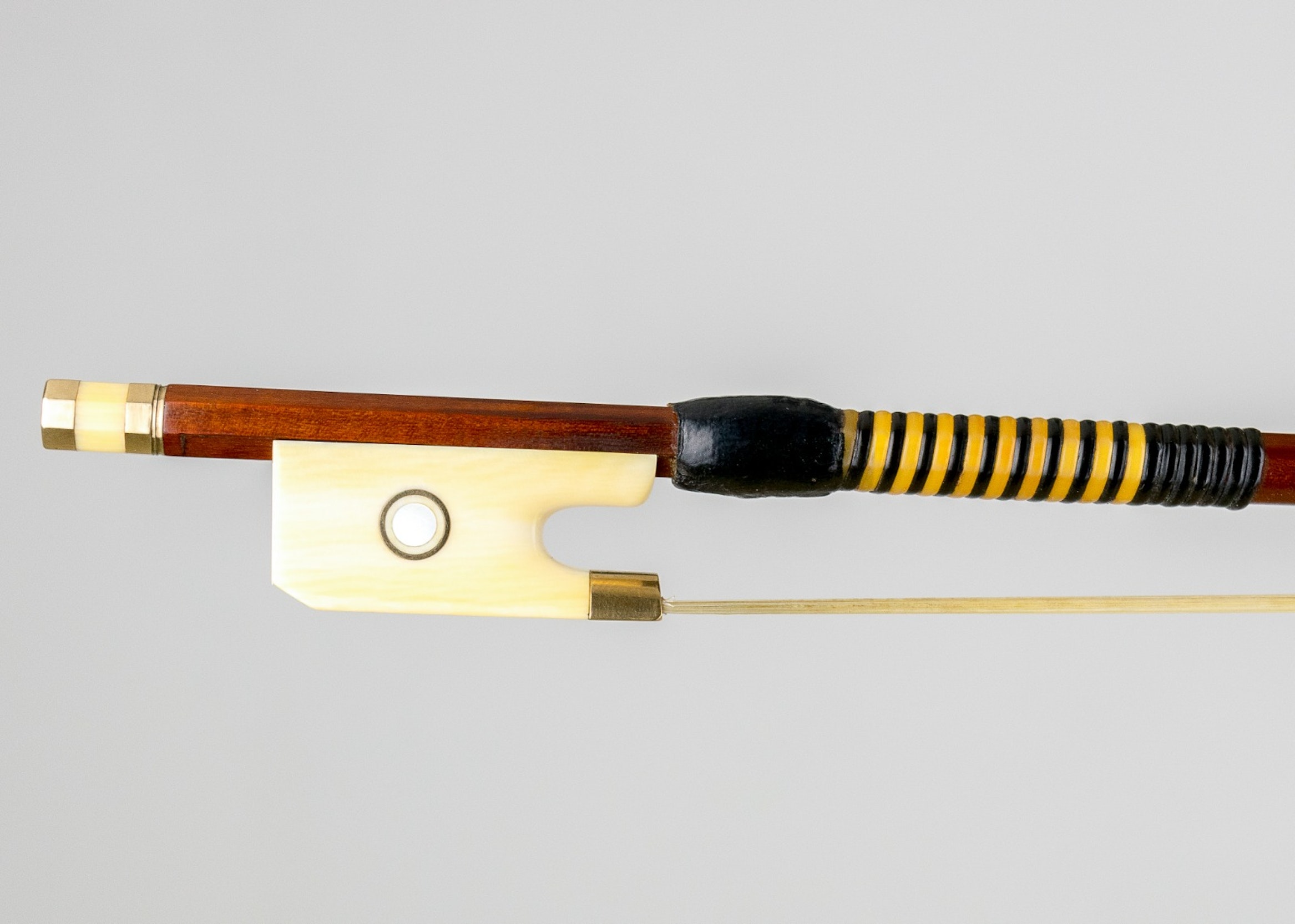 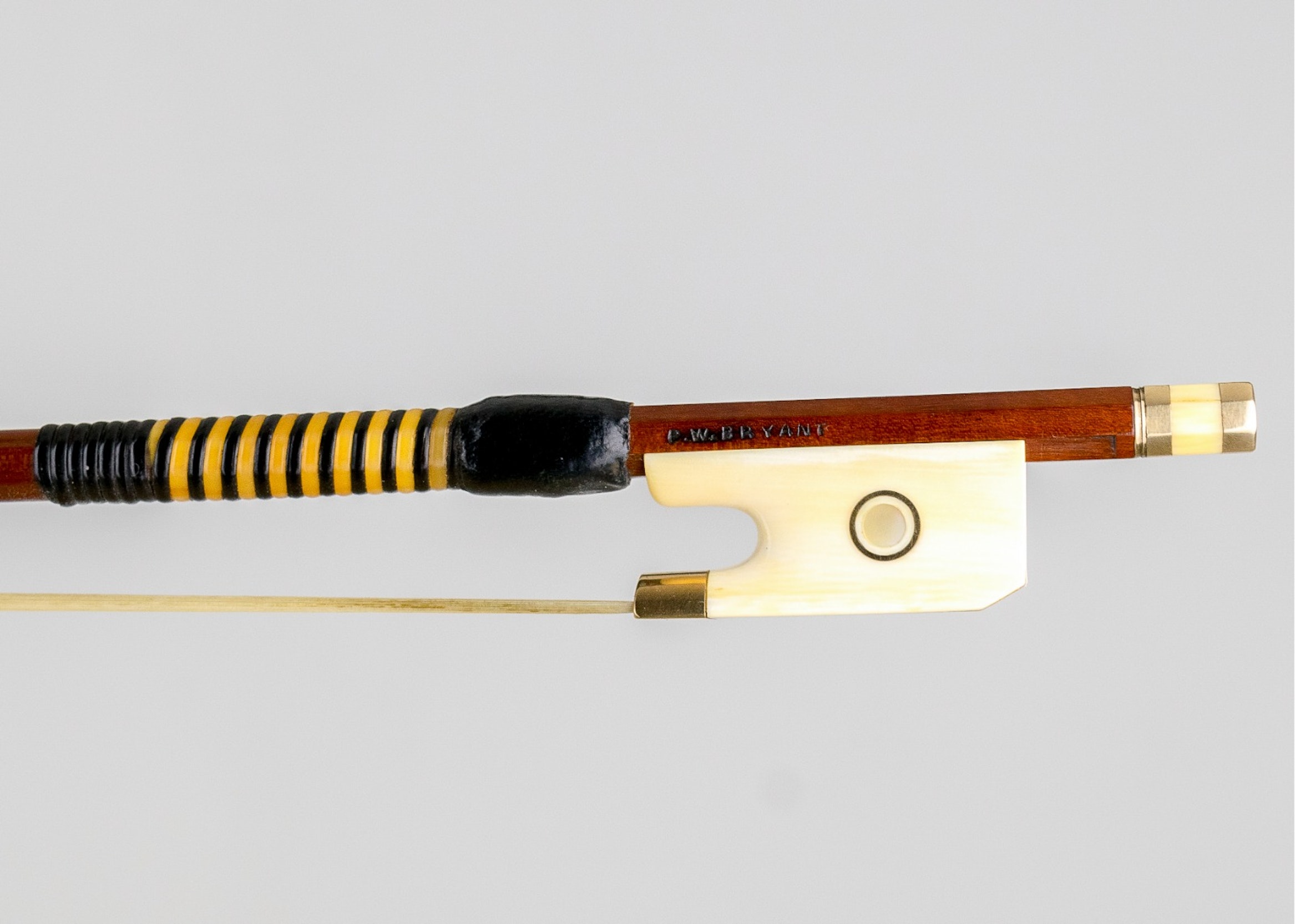 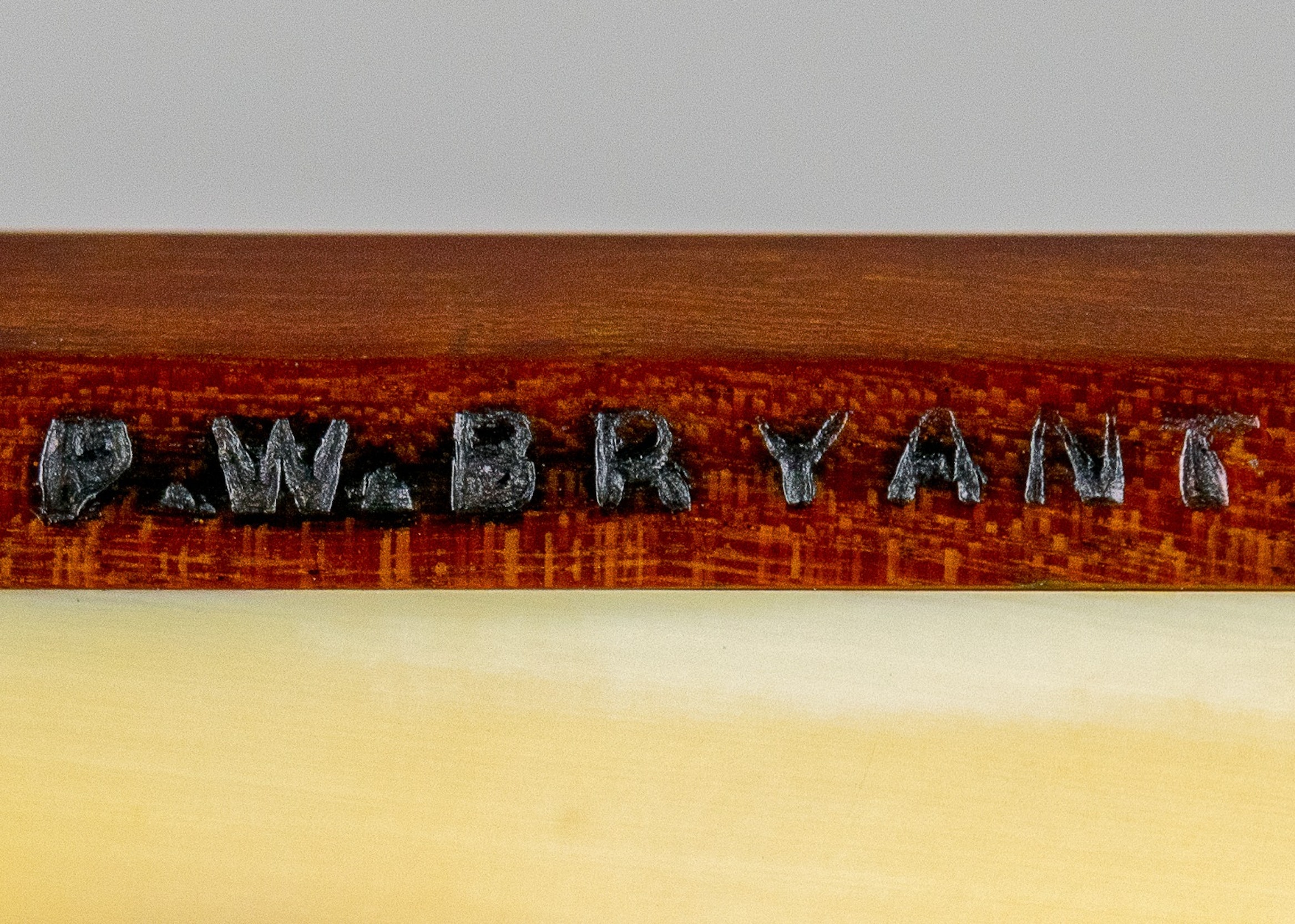 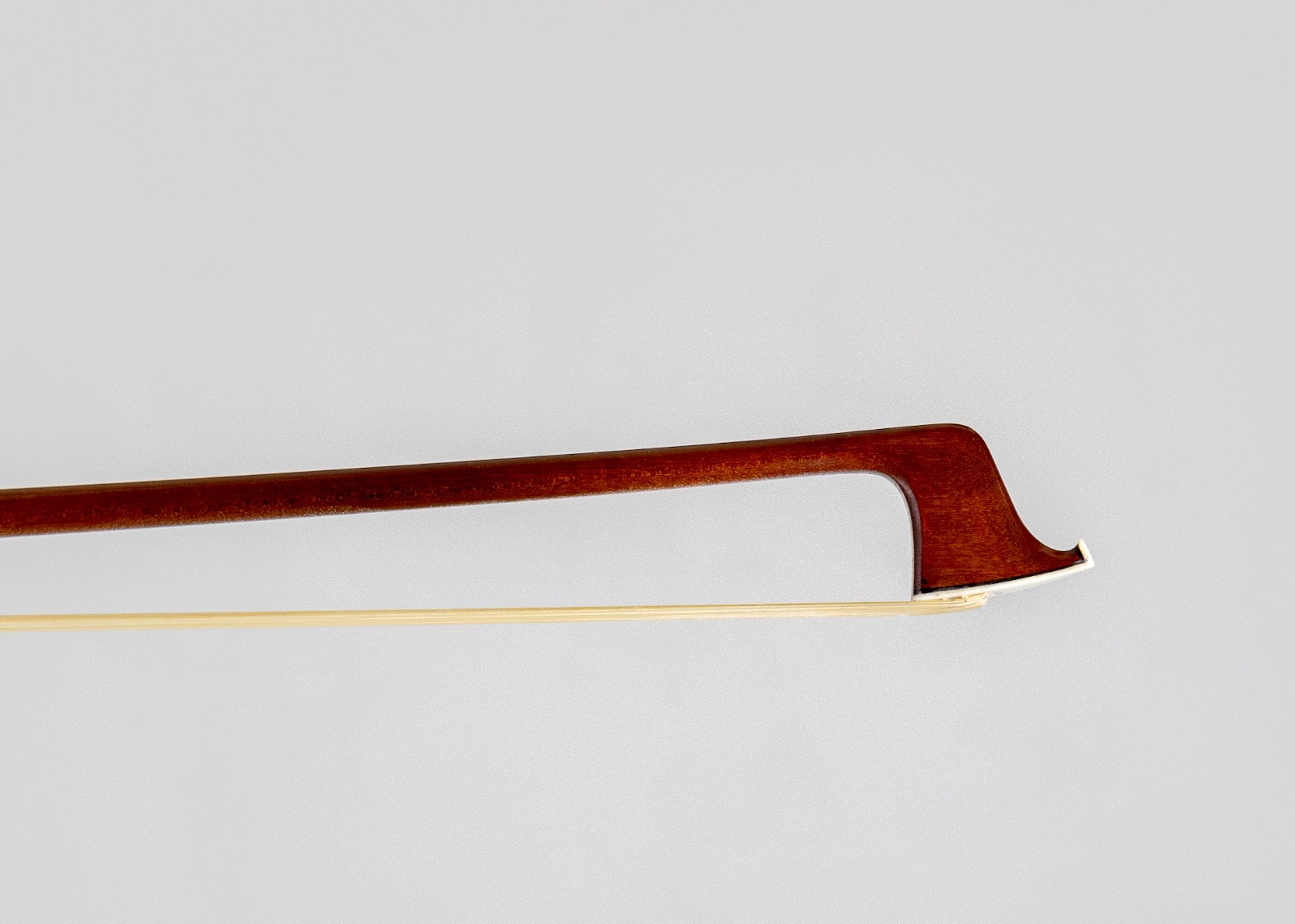 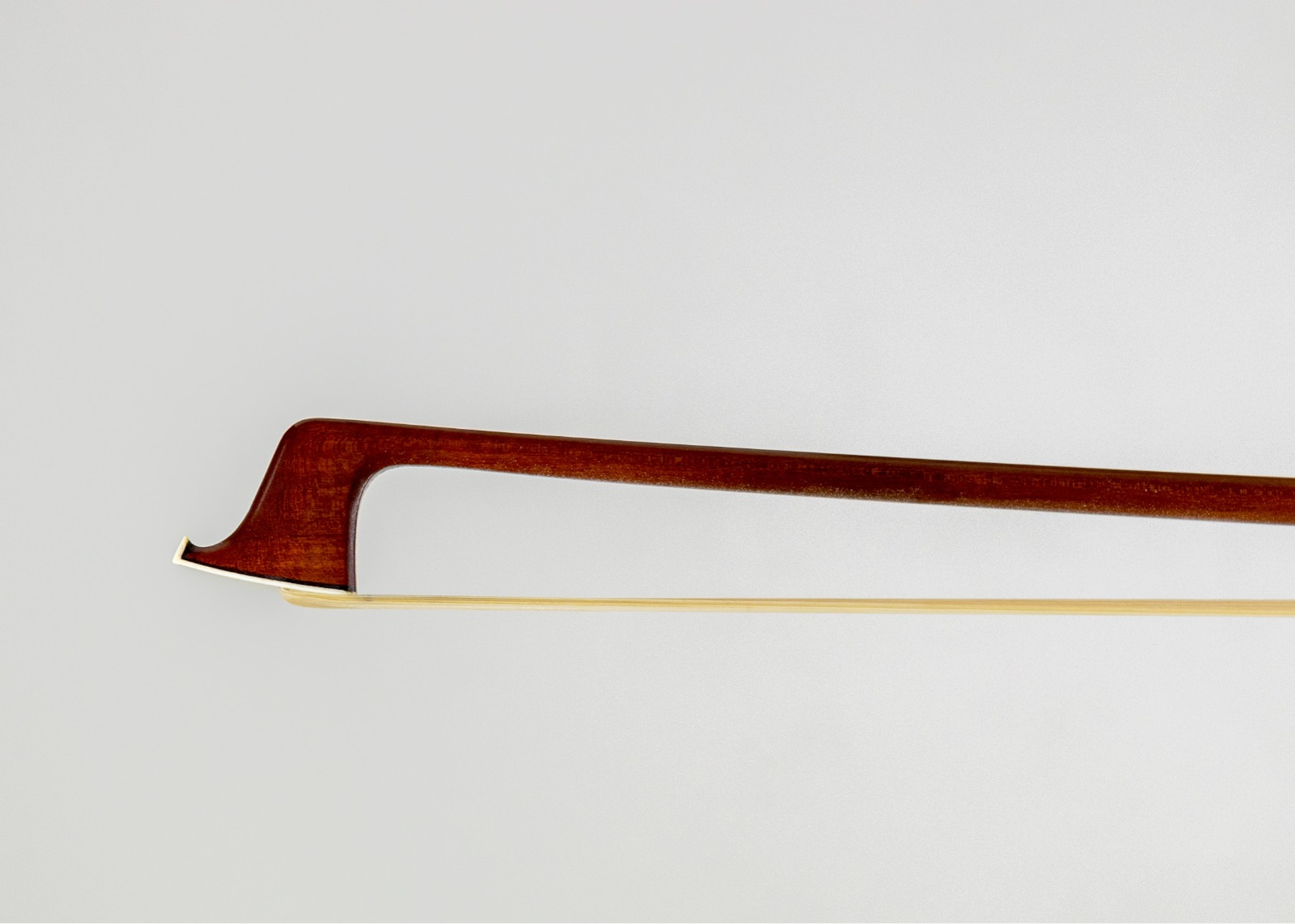 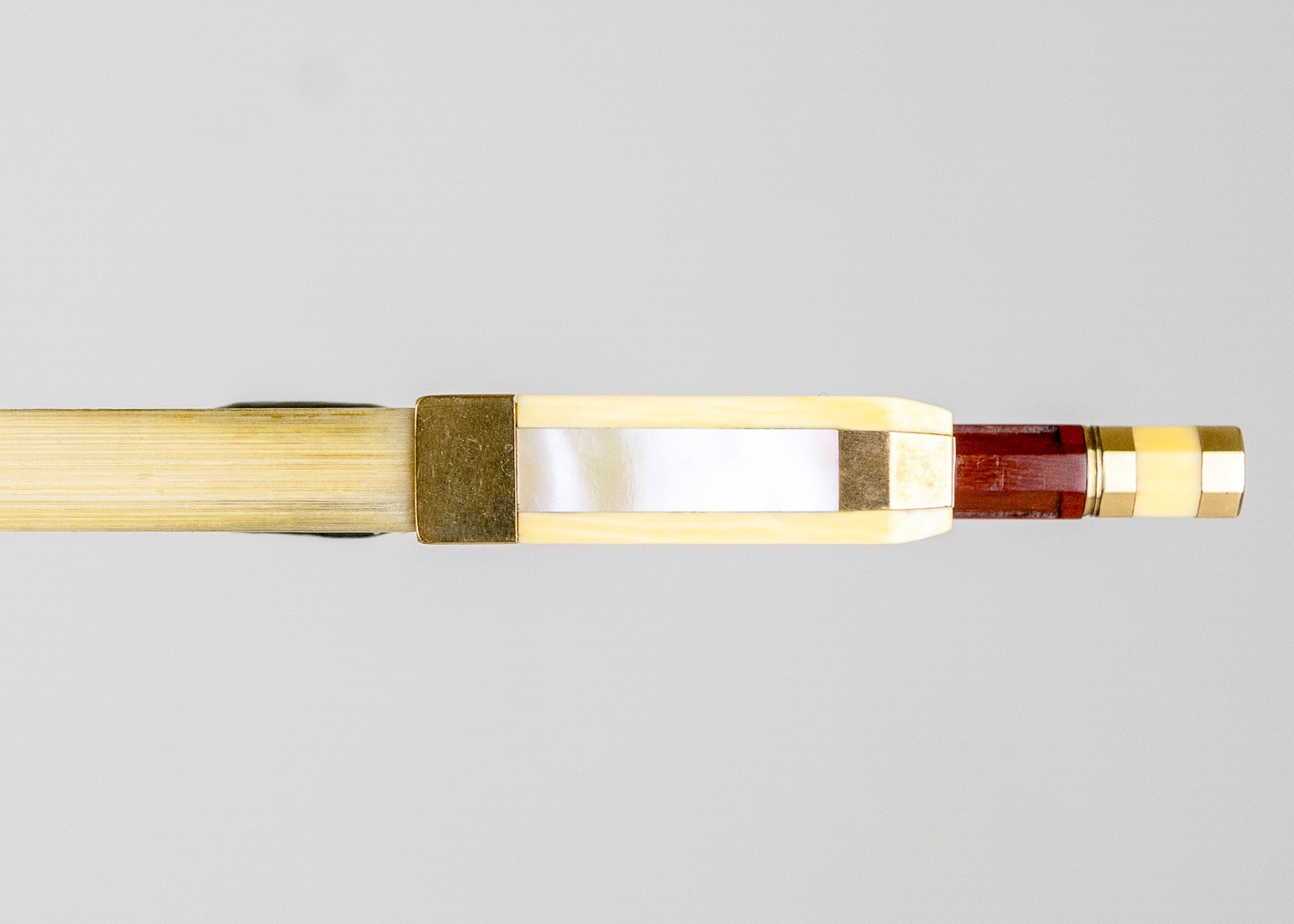 Bryant worked for George Withers in Leicester Square for some time, then established himself in Brighton. Noted for exceptional quality bows but is one of the rare British makers never to have worked at W.E.Hill & Sons. The bow is in beautiful condition and is marked S1 under the frog.
Distinguished 20th-century British bow maker, one of the few who did not apprentice in the Hill workshop. Worked with George Withers & Sons in London from 1920-1932. Moved to Ovingdean, East Sussex, in 1939. Particularly known for his bass bows and, later, his replica Baroque bows with snakewood sticks. Stamp: 'P W Bryant' 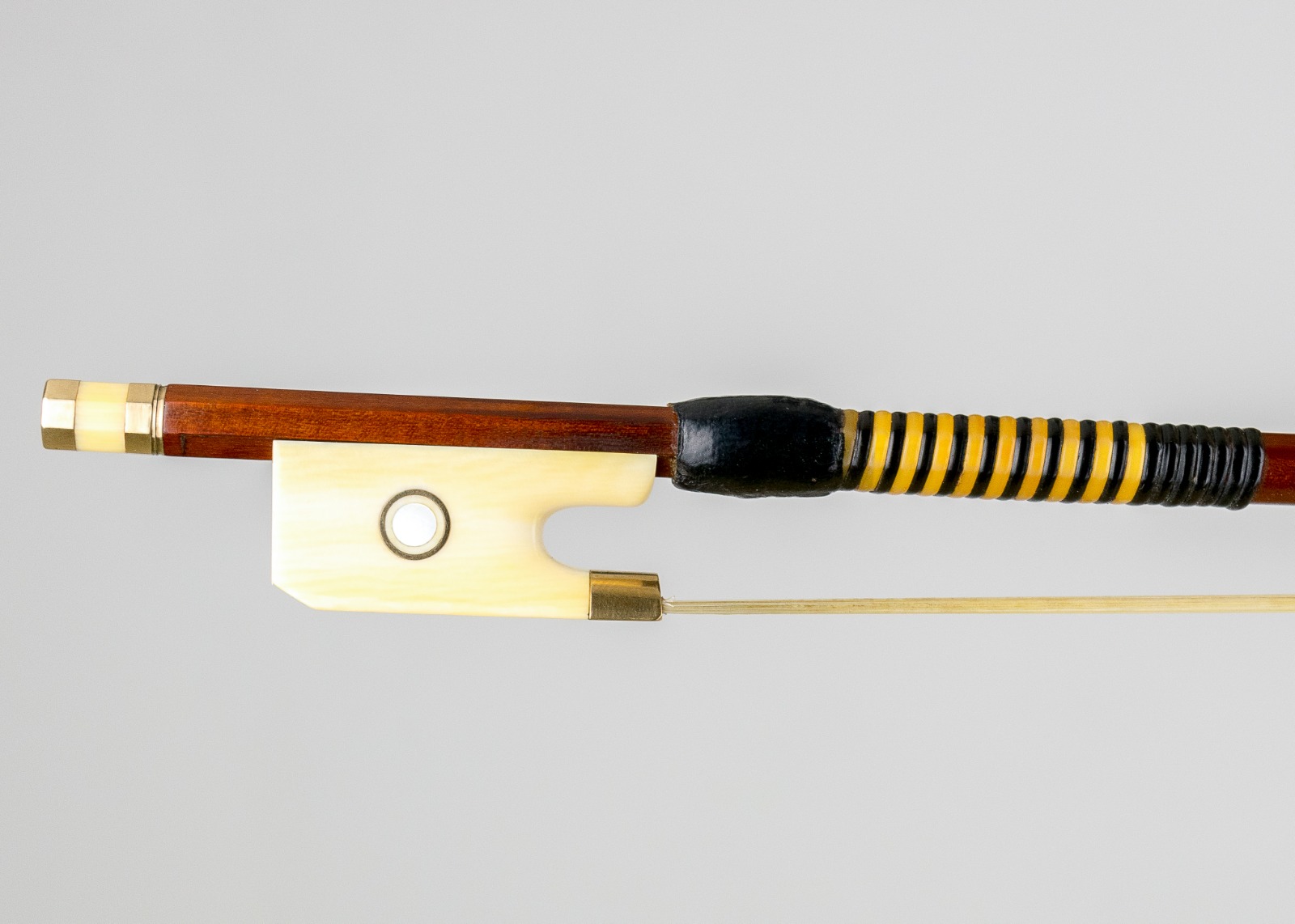 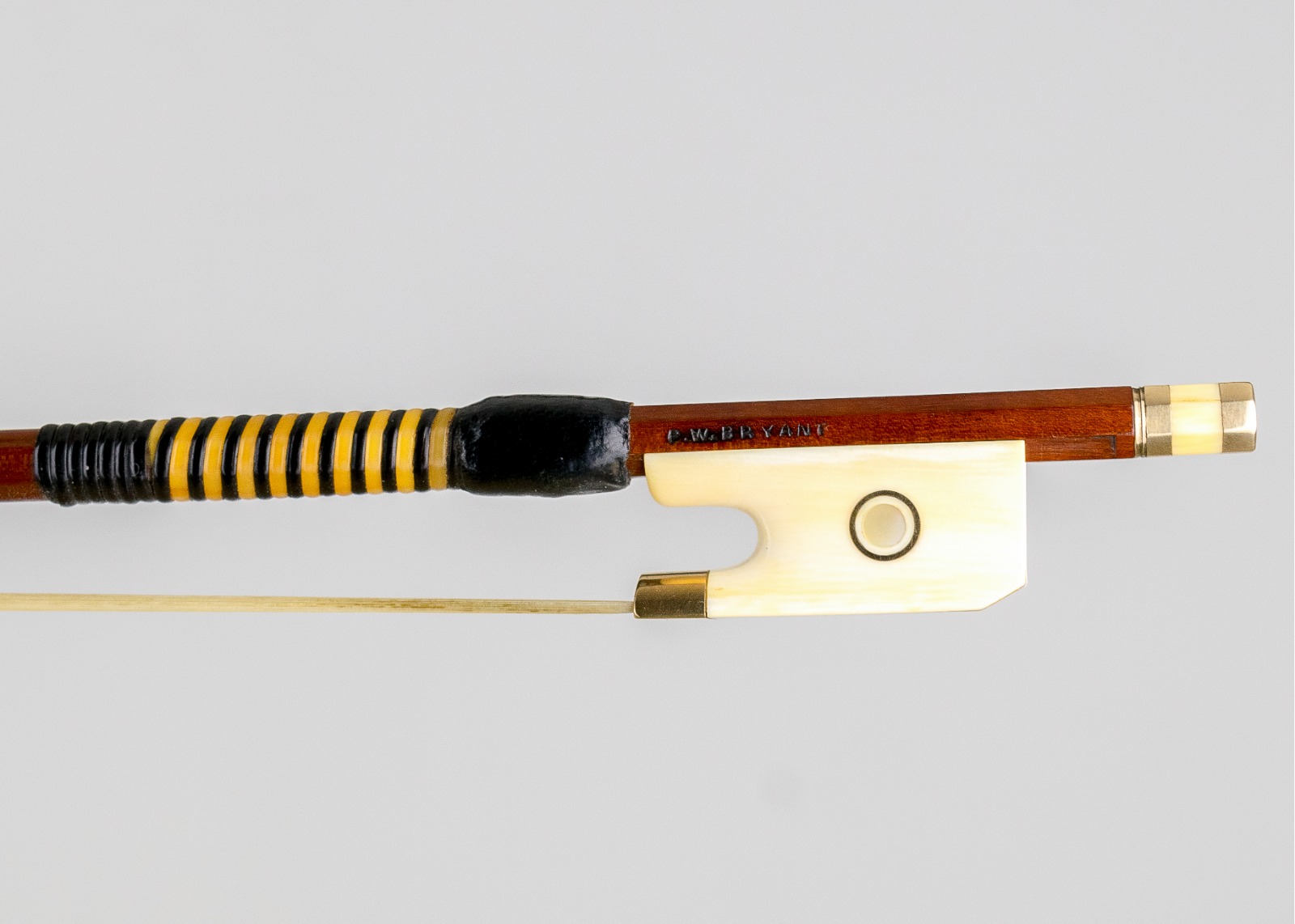 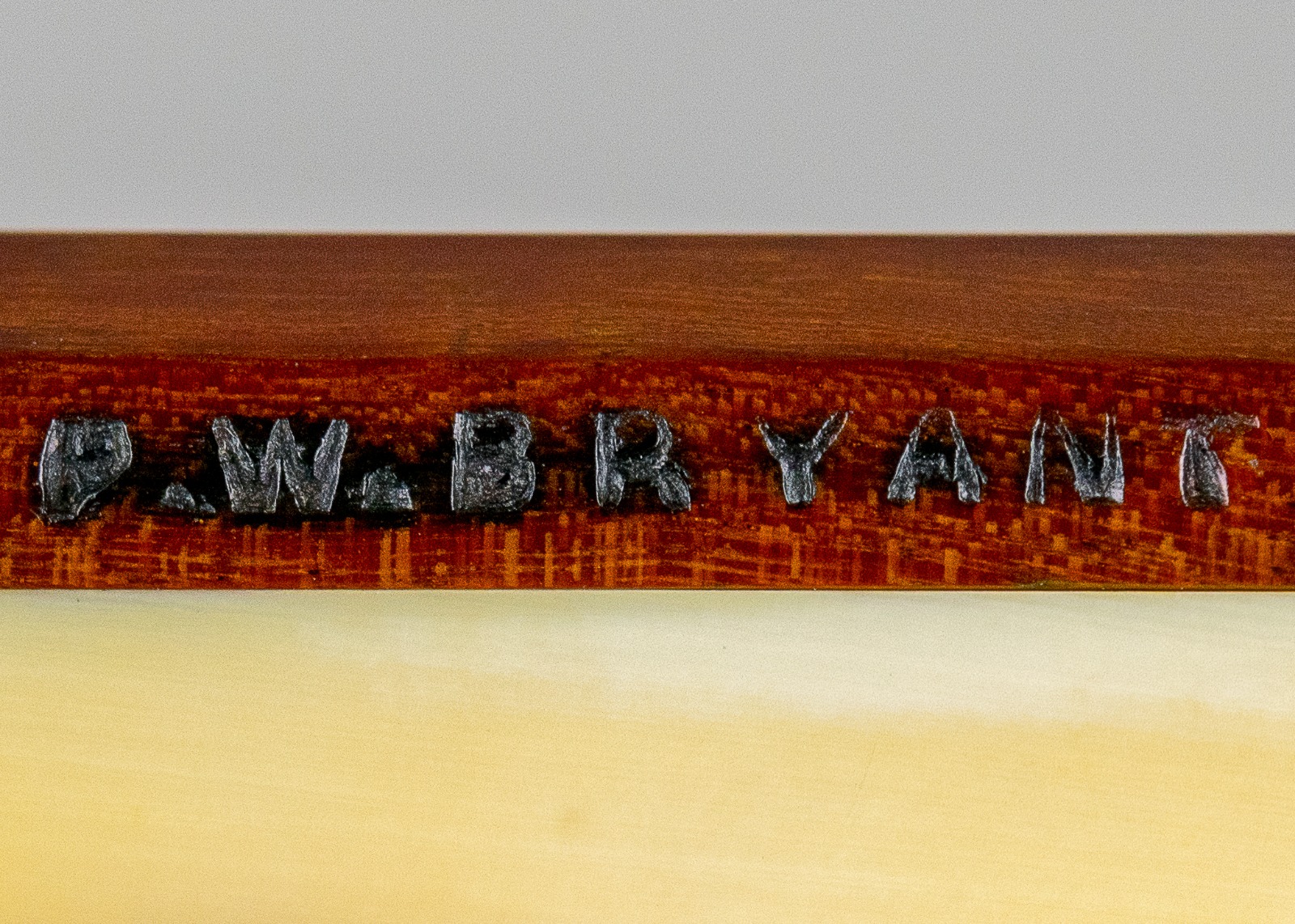 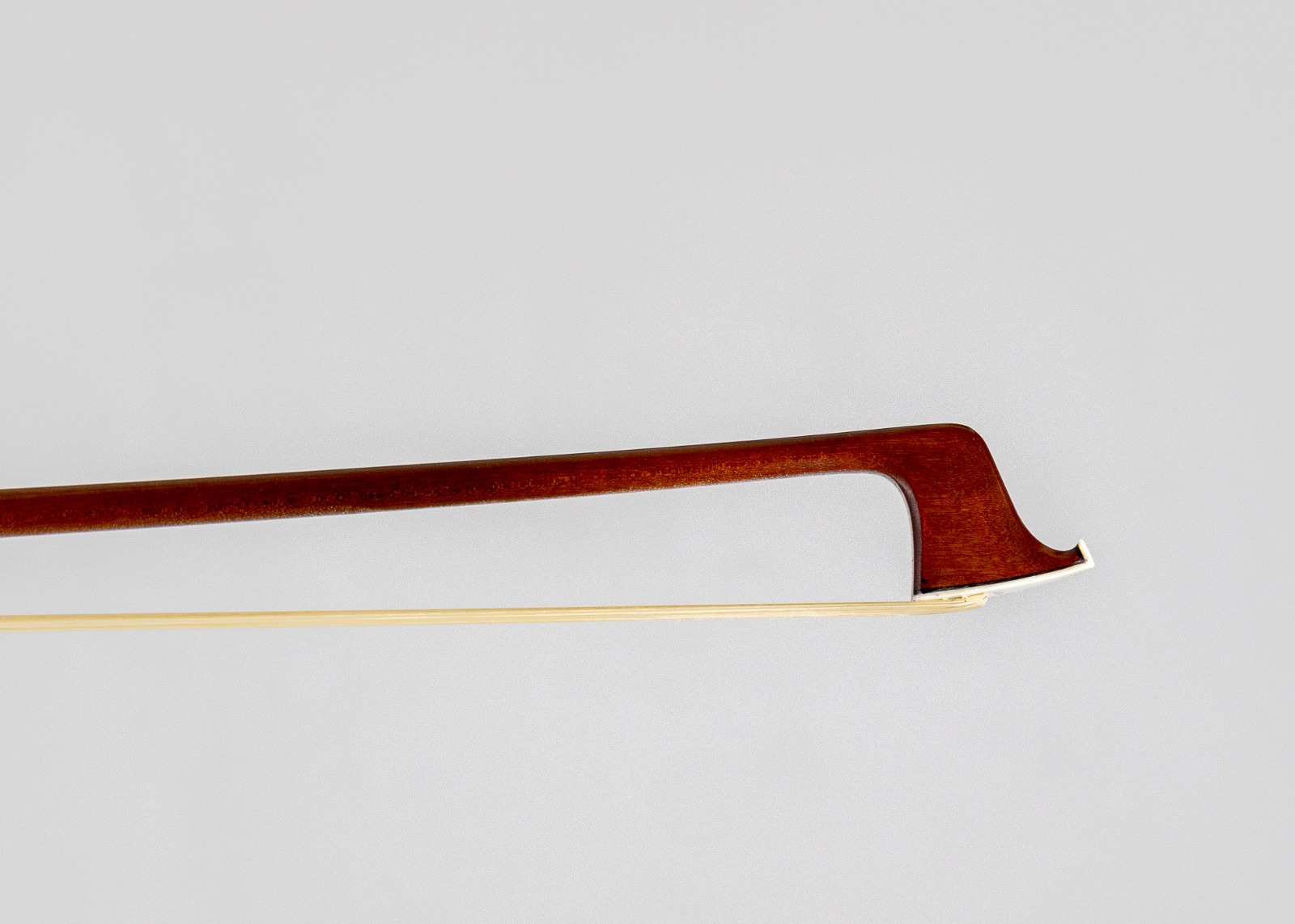 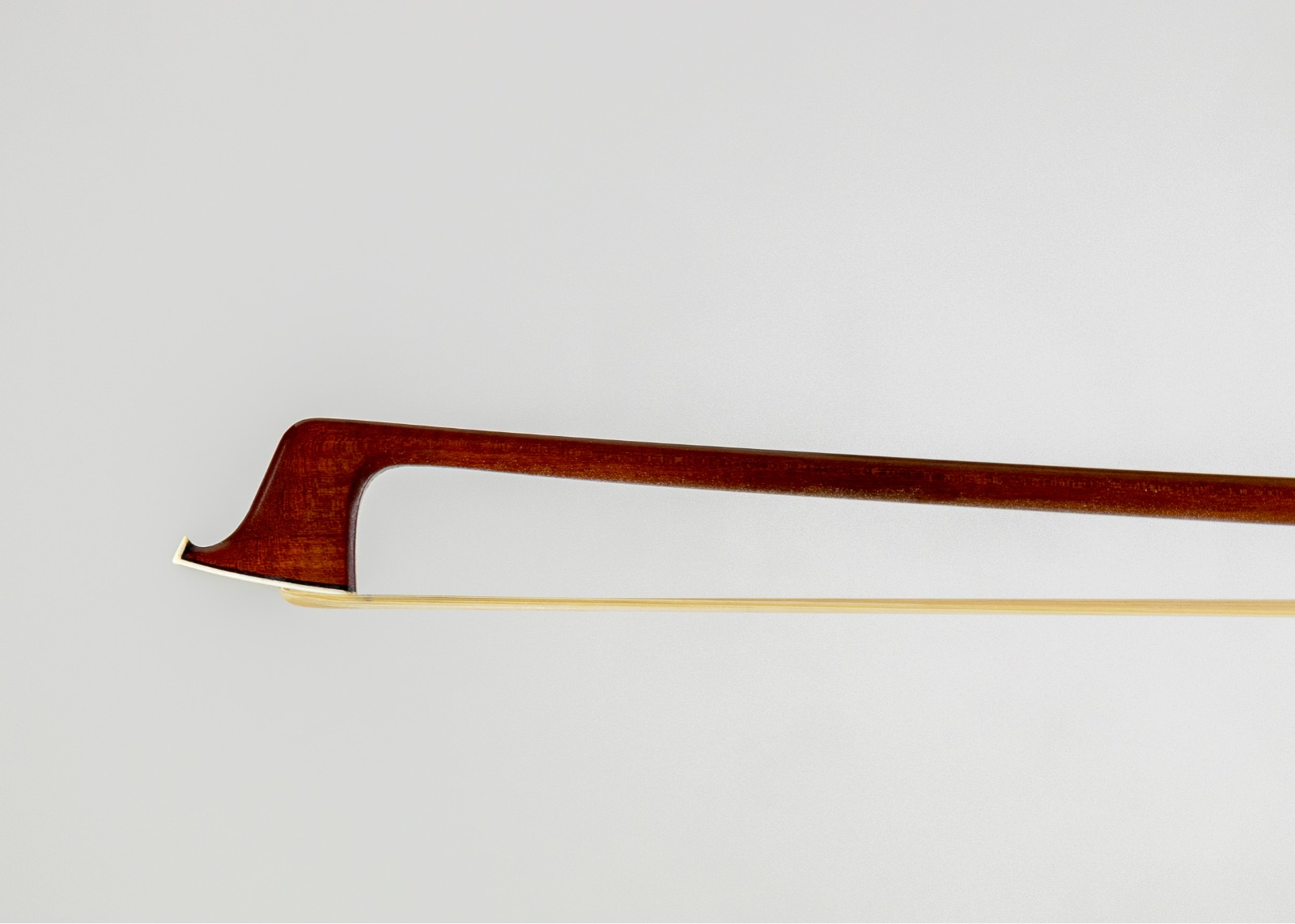 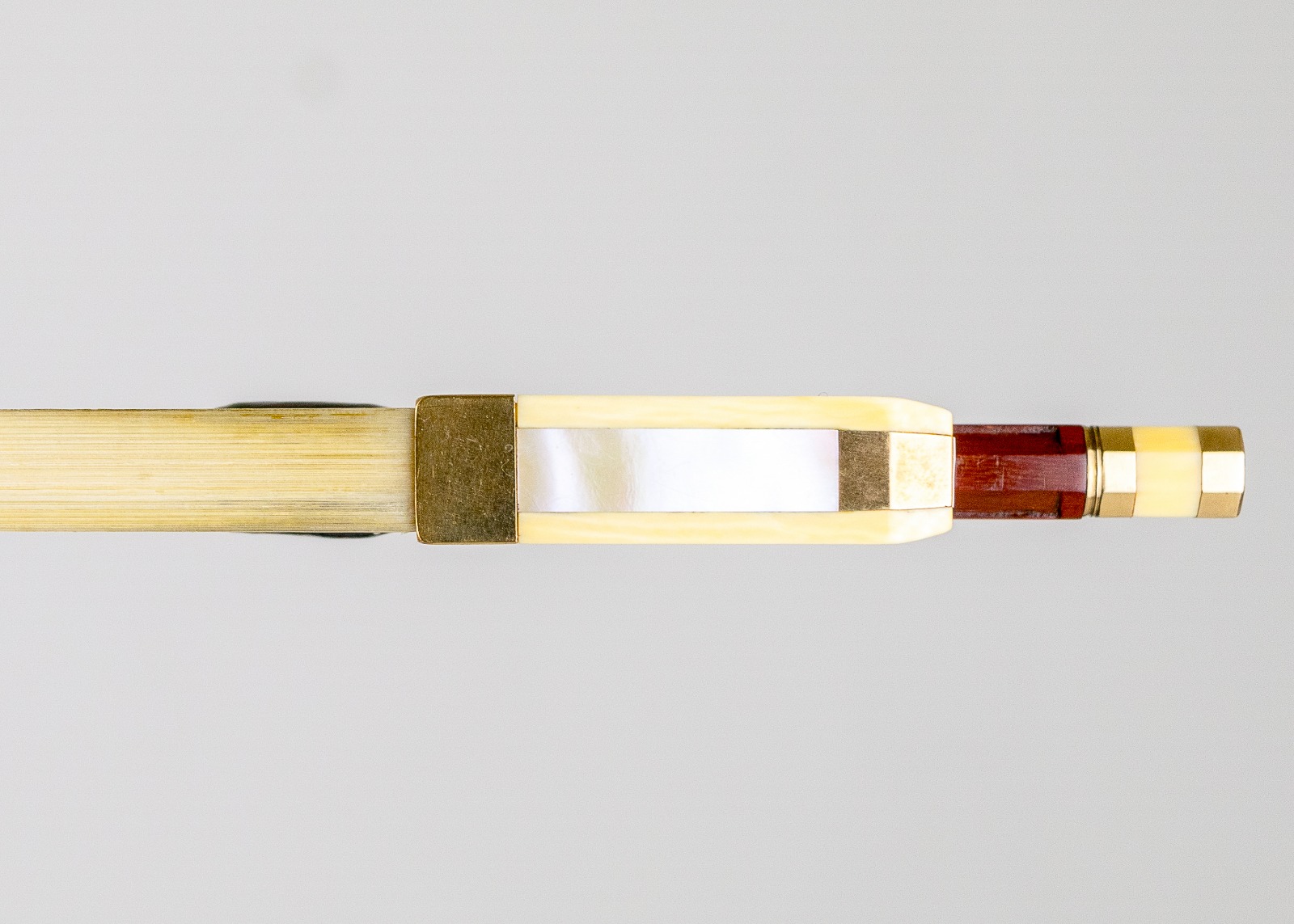