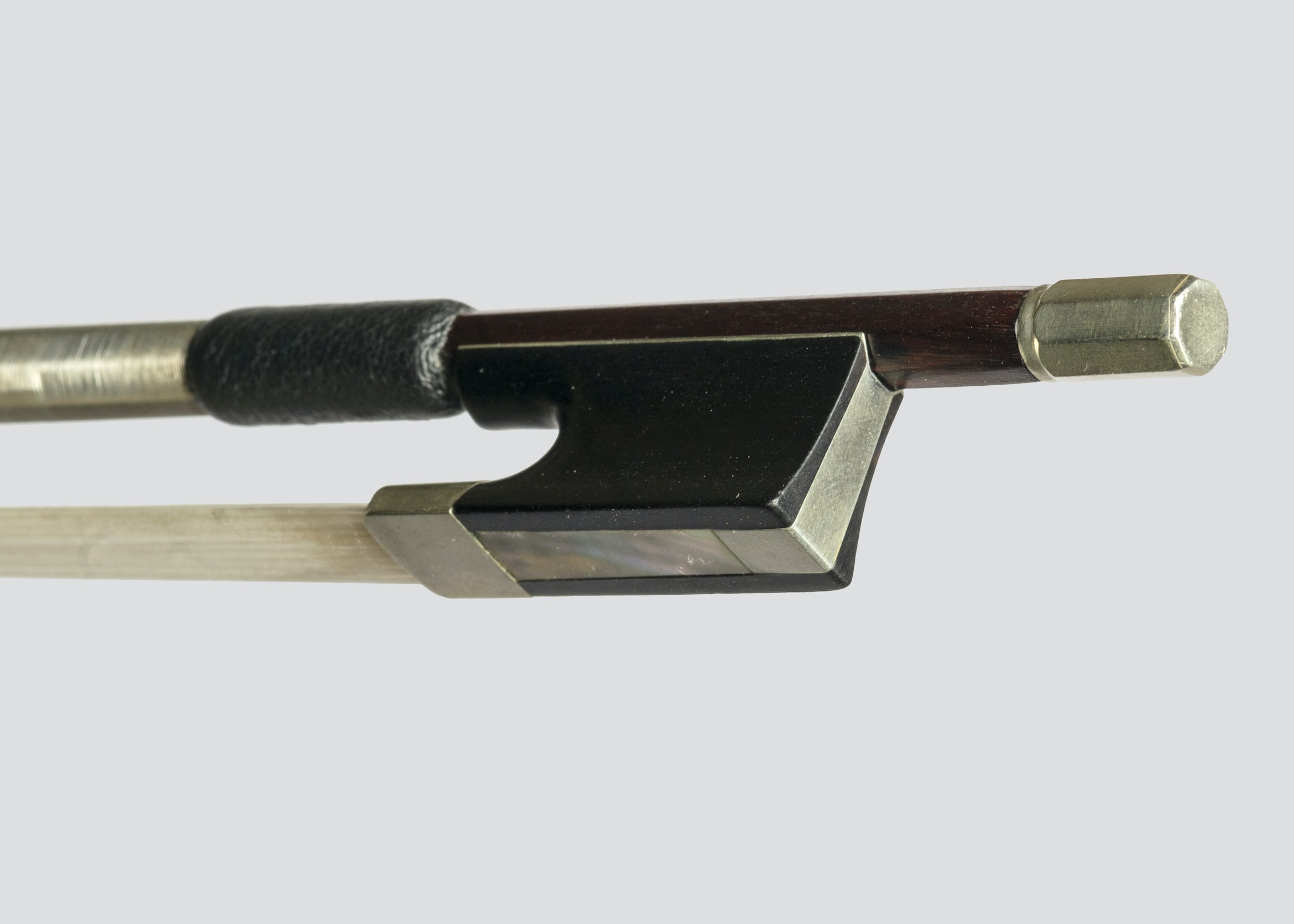 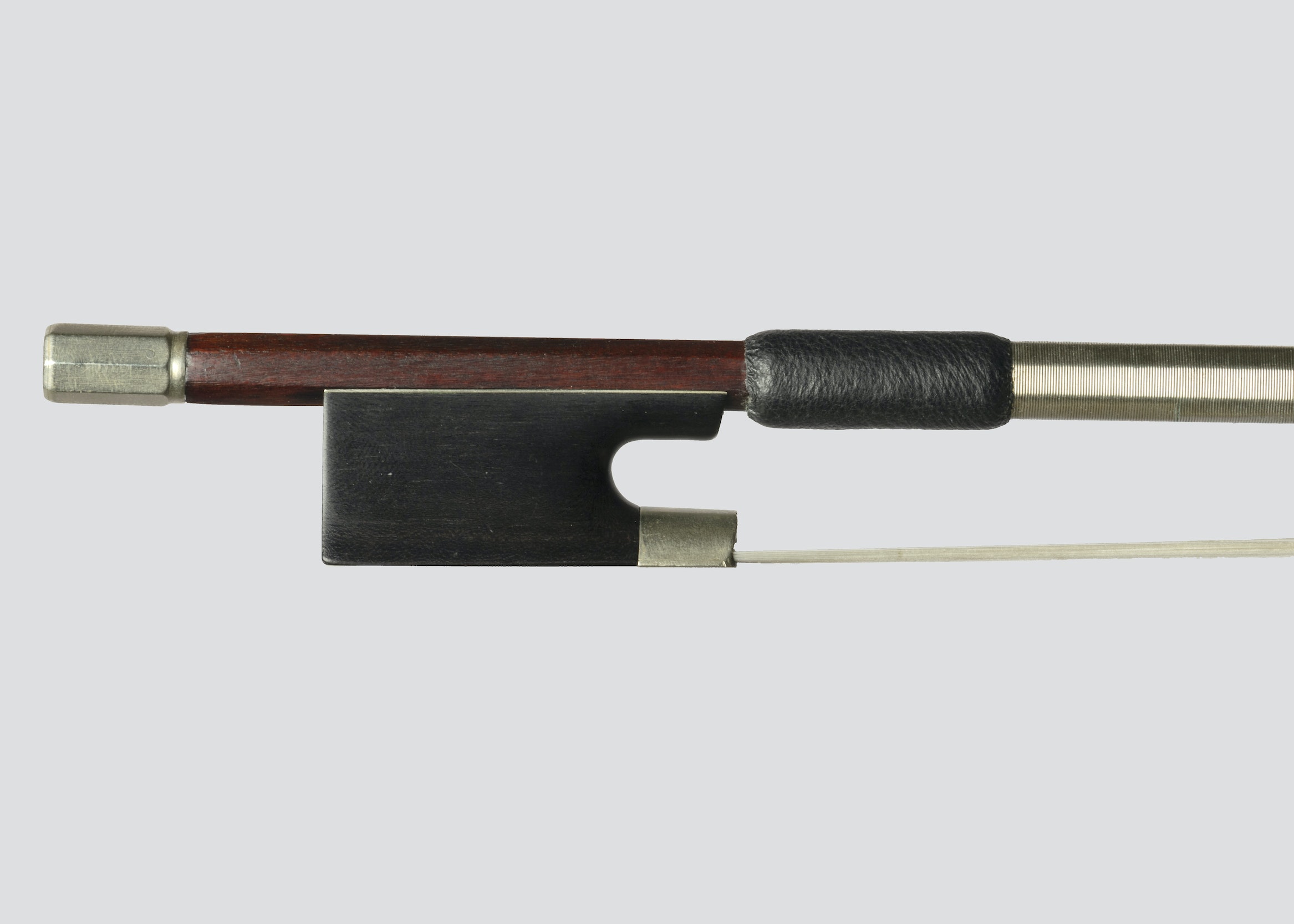 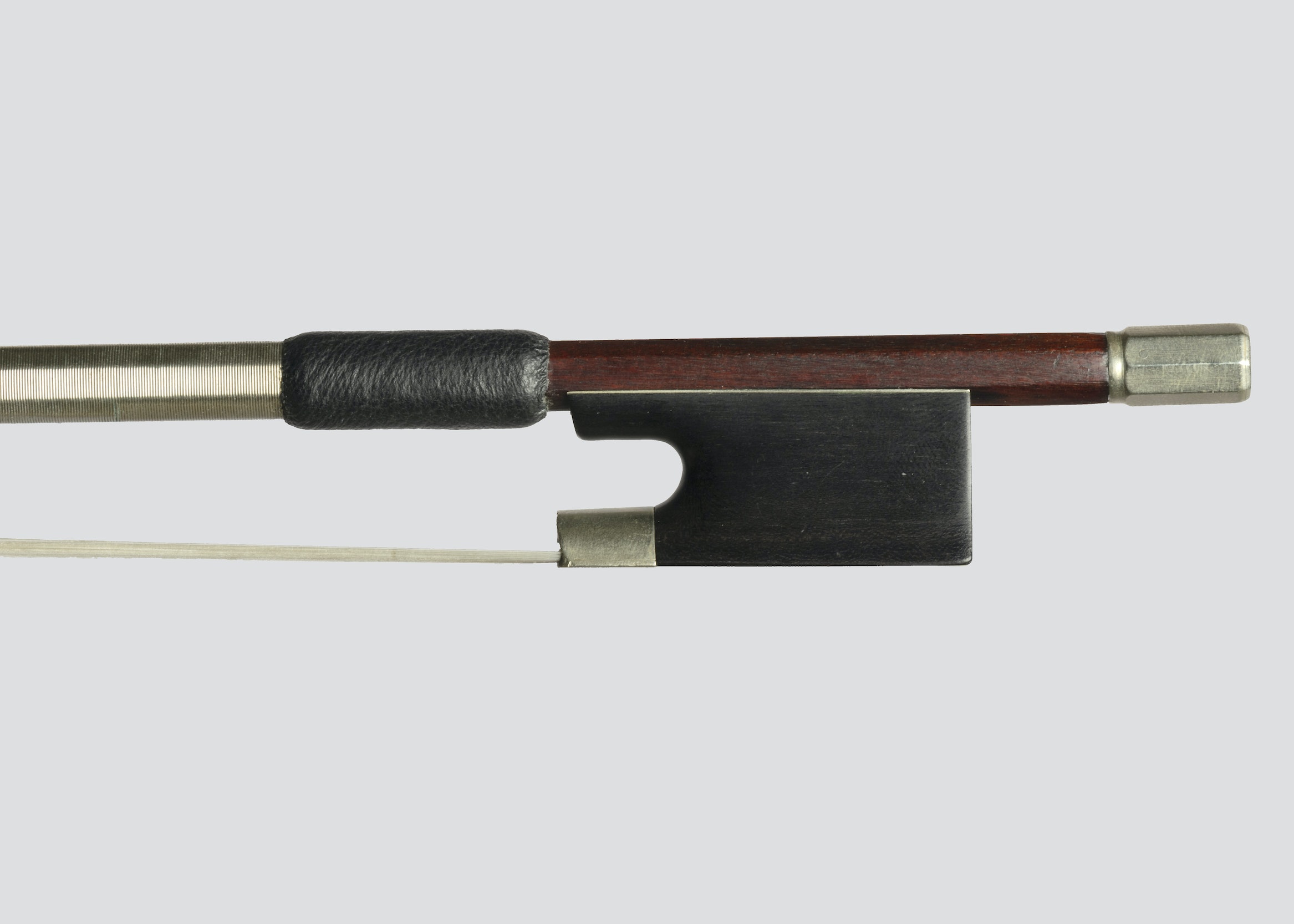 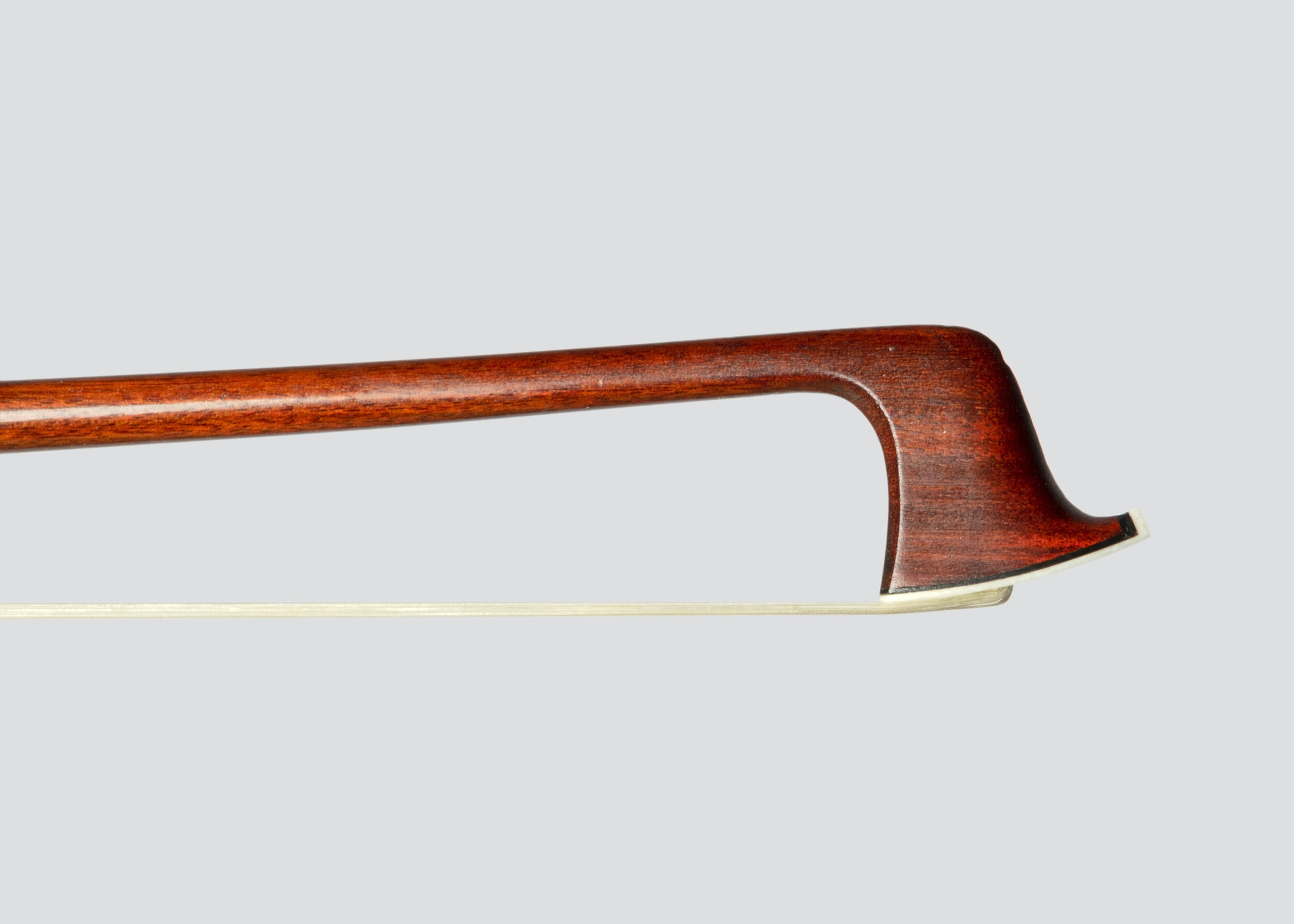 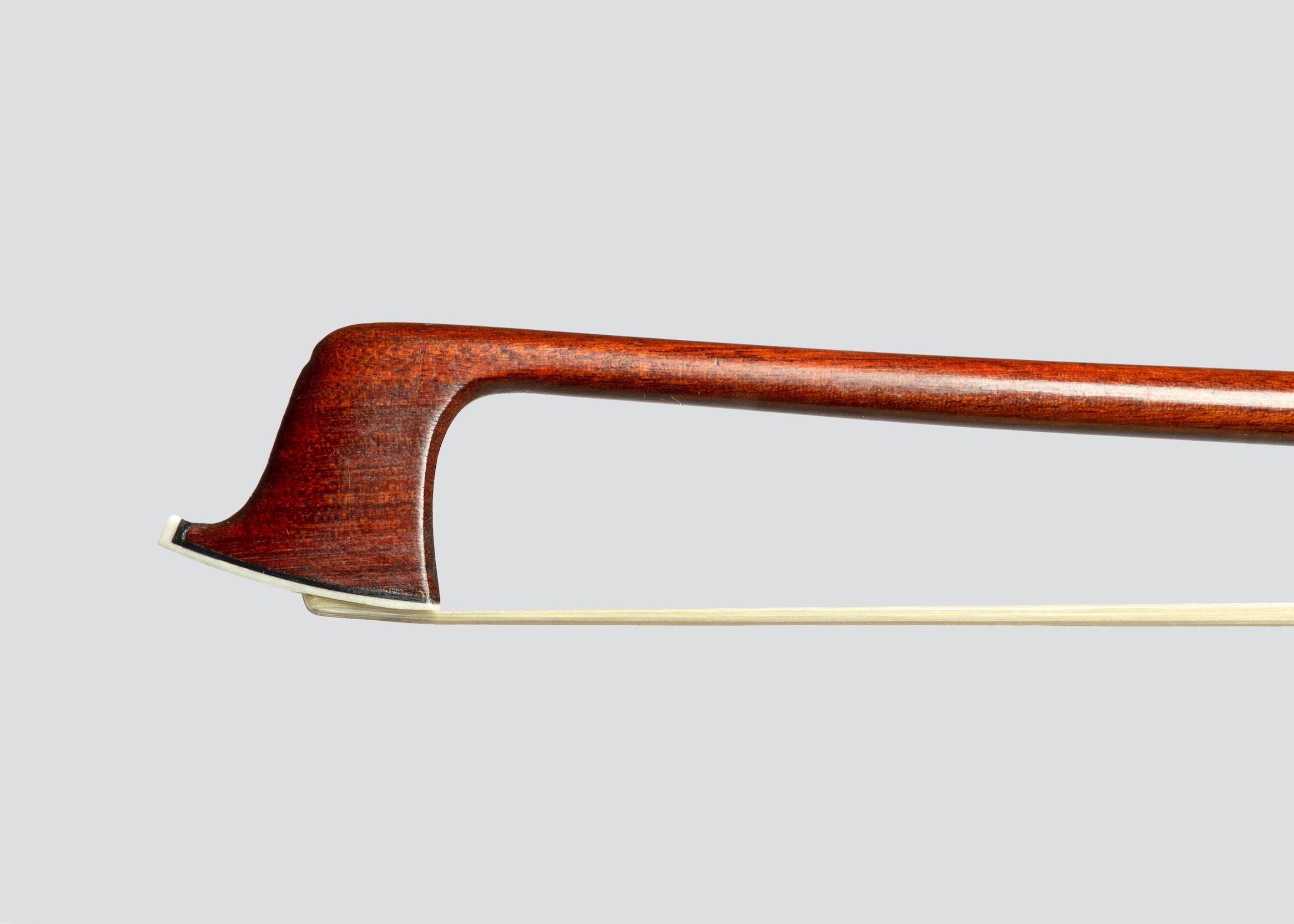 A fine Nickel and Ebony mounted violin bow by Charles Nicolas Bazin, of Mirecourt, France (copy of James Tubbs). Round stick, made of rose-coloured pernambuco, with slightly visible grain.

Charles Nicolas Bazin, head of the illustrious Bazin dynasty of makers made countless bows for the trade, whilst his own bows retained a certain style and beatuty. This bow is in very good condition and is a rather novel copy of a James Tubbs, having added copies of English makers to his price list sometime around 1900.
Charles Nicolas Bazin lived his life in Mirecourt. The son of bow-maker, François-Xavier Bazin, C.N. grew up learning about the trade from a young age, before opening his own workshop in 1869.

This workshop became renowned as one of the most industrious with an estimated output of between two and three thousand bows a year from his team of around fifteen bowmakers. As well as producing his own bows, Bazin also taught much of the younger generation - with students including his son, Louis, and the well renowned Fétique brothers, Jules and Victor. 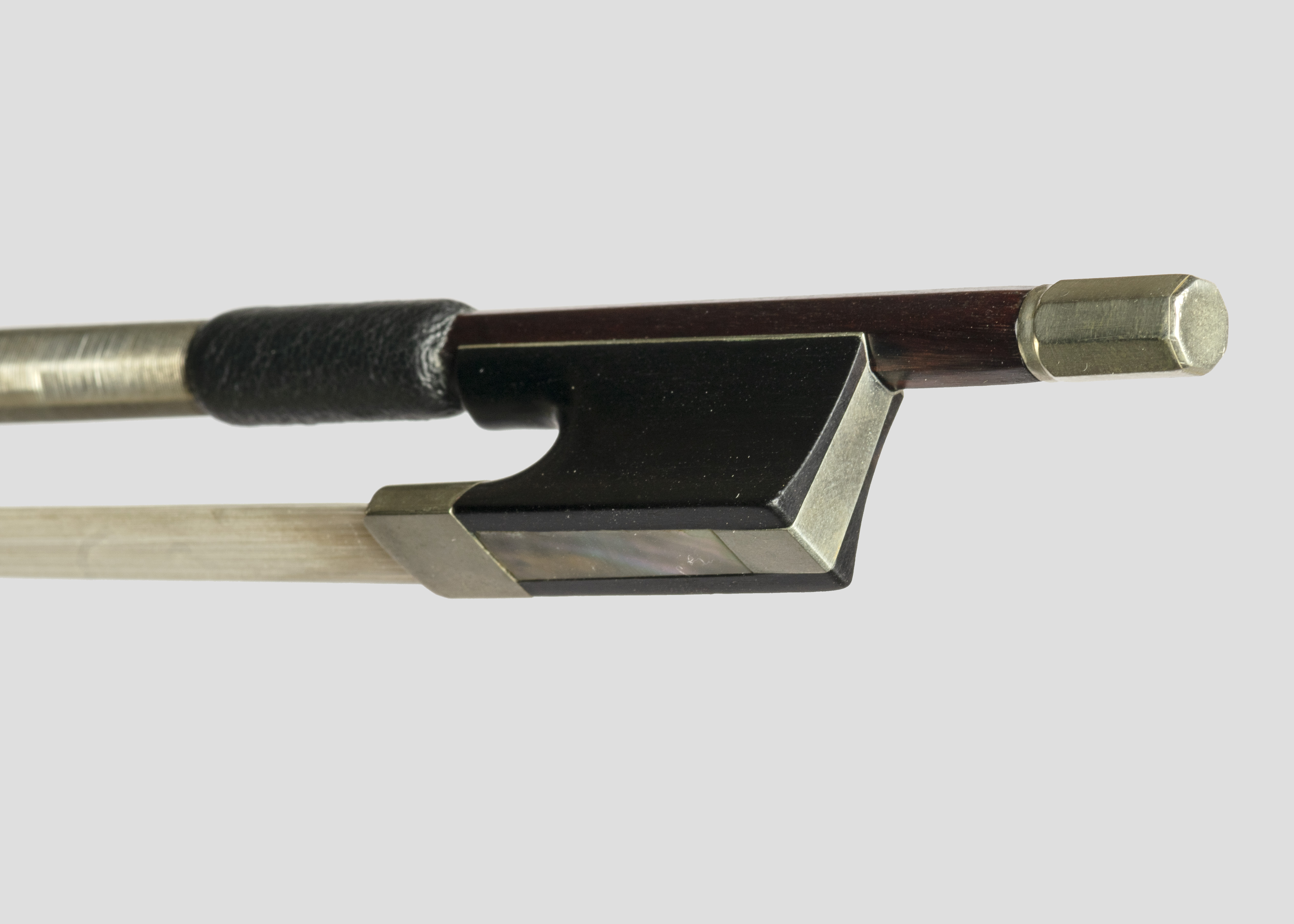 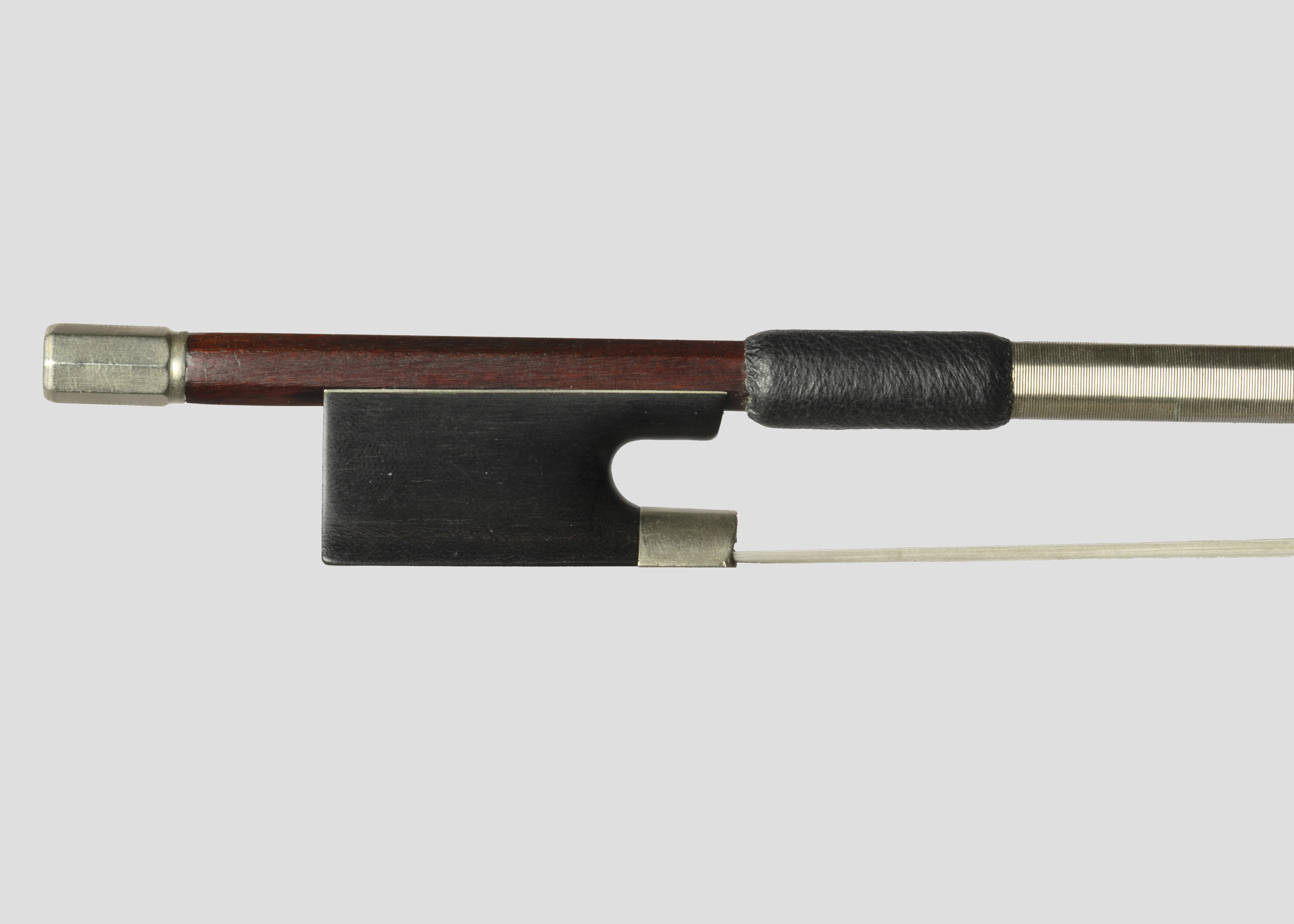 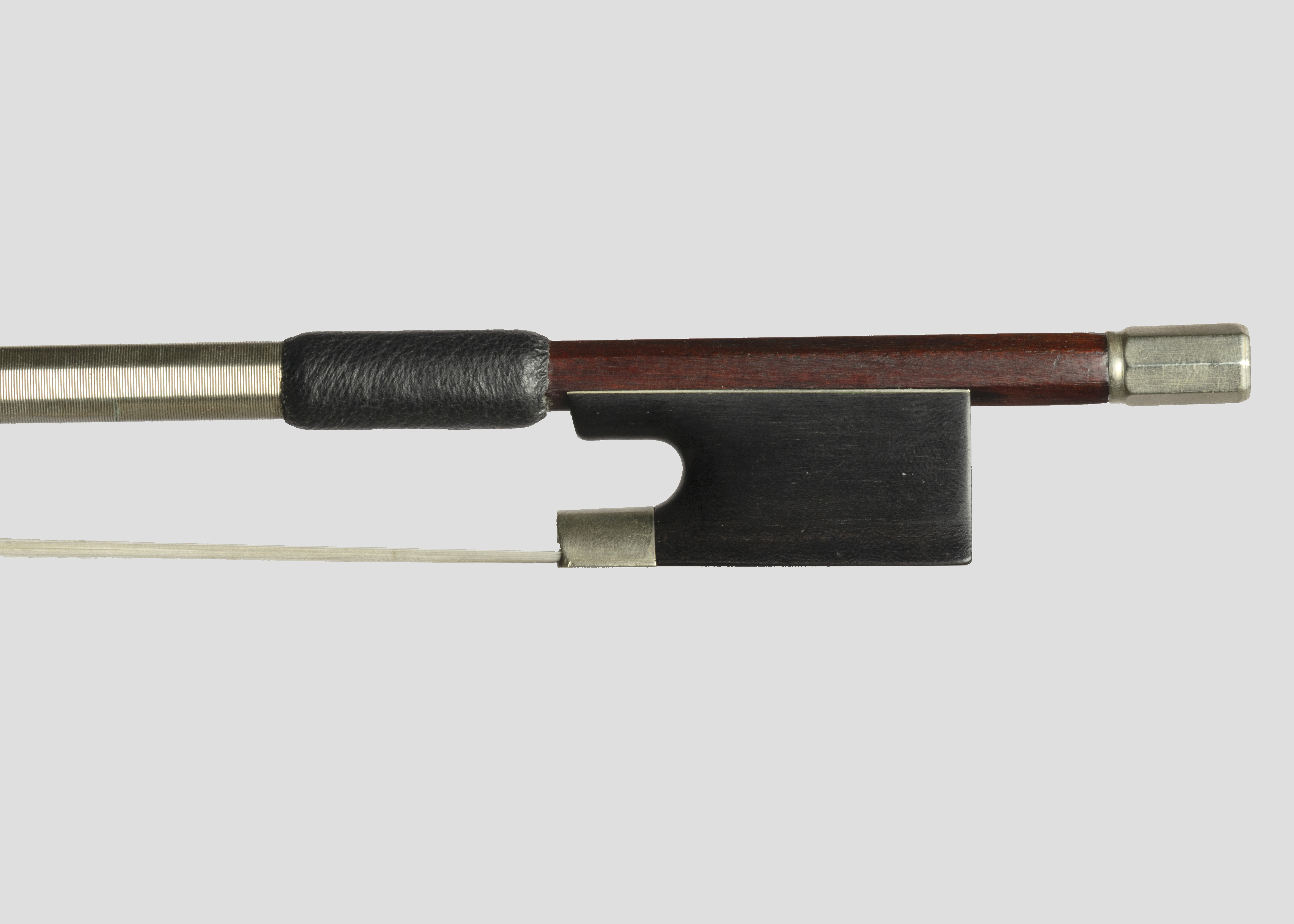 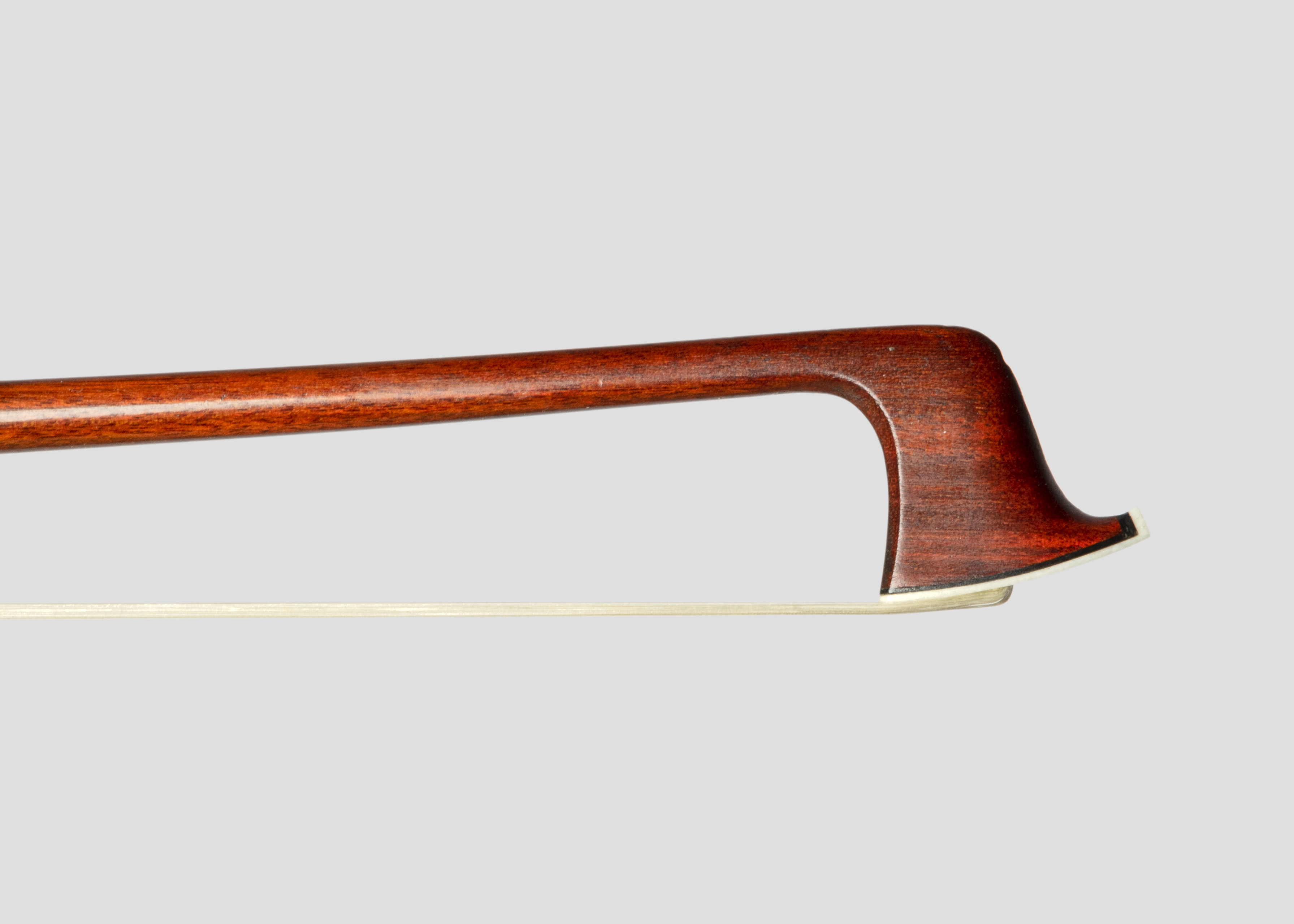 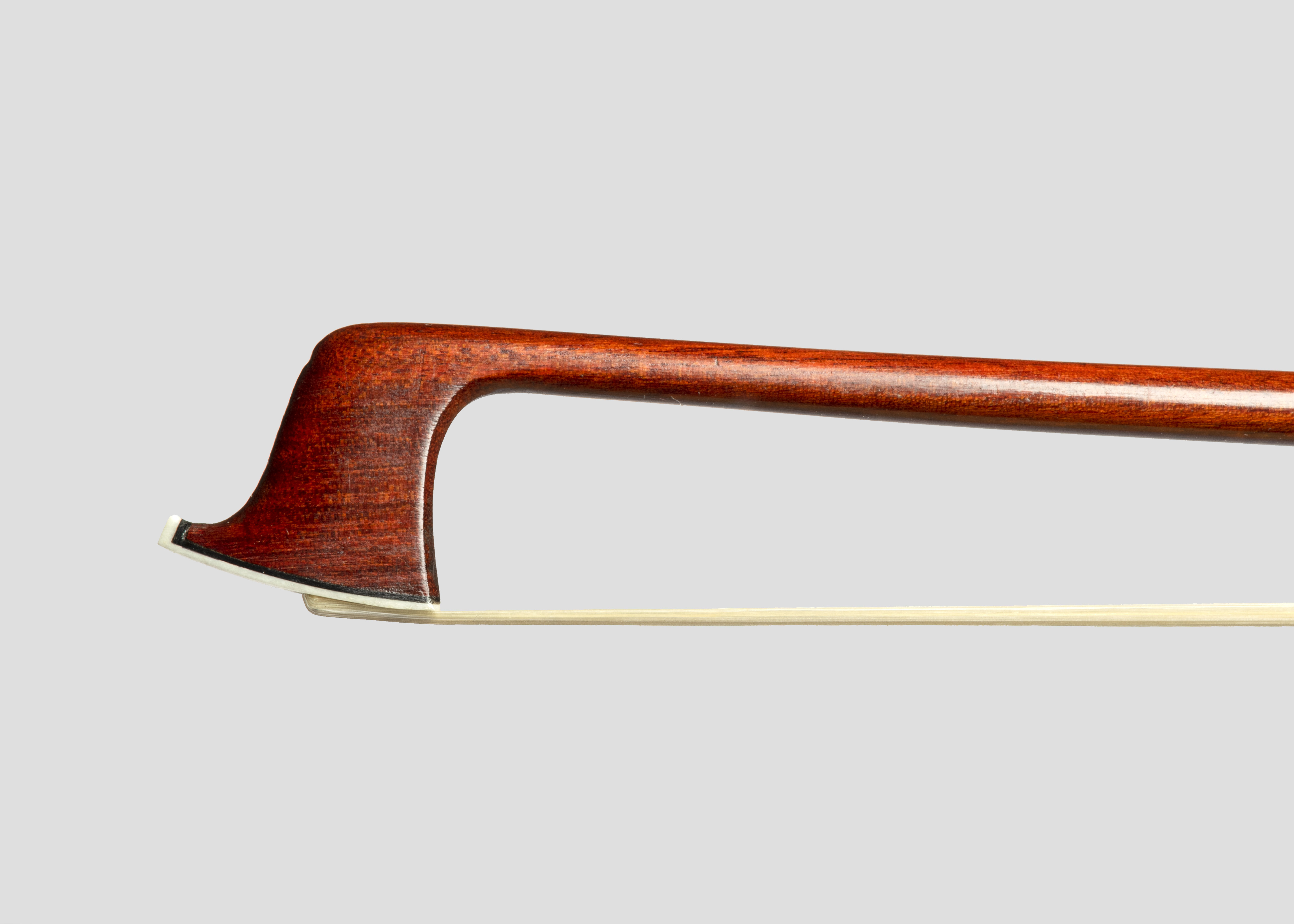